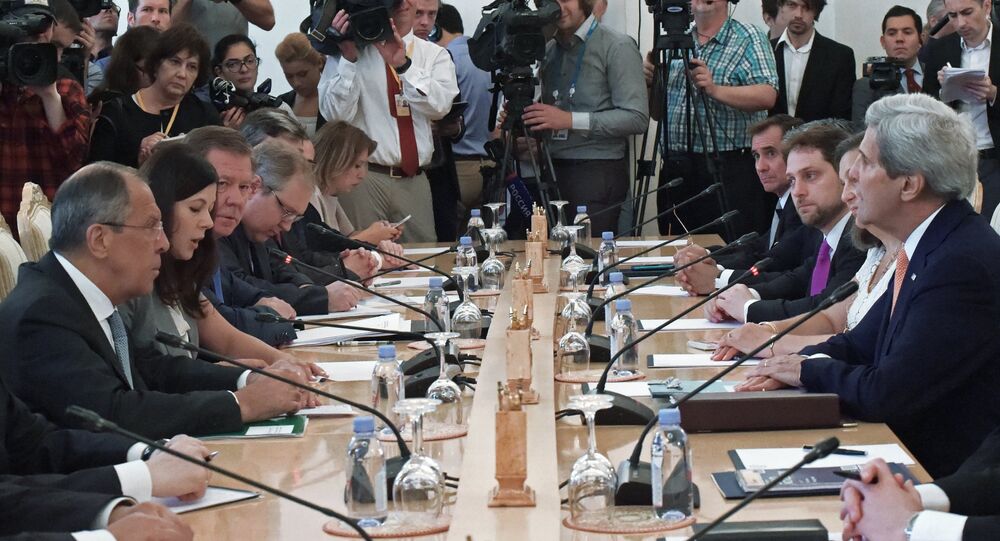 US Journalists Catch Pokemons During Kerry-Lavrov Meeting in Moscow

US journalists caught several Pokemons during the meeting between US Secretary of State John Kerry and Russian Foreign Minister Sergey Lavrov.

MOSCOW (Sputnik) — Pokemon Go is a free augmented reality mobile game where the picture displayed on the smartphone screen is projected onto real-world locations. The main aim of the game is to catch a Pokemon, a pocket monster.

YouTube / The Official Pokémon Channel
US Senate Wants Pokemon Go Probed Over Security Concerns
While Kerry and Lavrov were busy discussing the settlement of the Syrian conflict and the situation in Ukraine, US journalists "managed to catch several Pokemons in the garden" of the Foreign Ministry's mansion, as they told RIA Novosti.

Earlier, Kremlin spokesman Dmitry Peskov said he did not know whether it is possible to catch a Pokemon in the Kremlin but he is sure that one should visit the treasure of Russian culture for other reasons.

Pokemons, meanwhile, already appeared in the airport in the Russian city of Ekaterinburg and it is permitted to catch them in Moscow's subway system if the necessary security precautions are taken and it is rush hour. The Pushkin State Museum of Fine Arts in Moscow allows Pokemons to be hunted not only by visitors, but several employees of the museum have also reported downloaded the app.

Neither Rain, Nor Sleet, Nor Pokemon Go