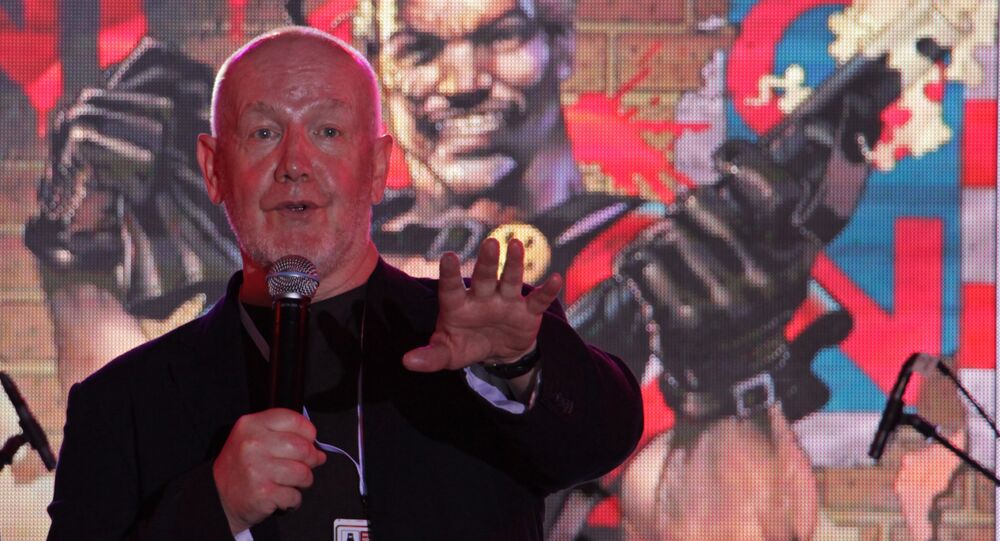 It may seem surprising at first that Higgins, a man who created numerous iconic comic book heroes and villains, would take a somewhat dim view of beings endowed with superpowers. However, during his interview with Sputnik at the Moscow Comic Convention that was held on June 18-19, he gave a very eloquent explanation of this attitude of his.

According to the artist, because an individual has to fight against something using his or her inner strengths, superheroes are, to a certain extent, basically a dead end "as a creative sense of power."

"Russian cosmonauts, they were heroes. They can sort of stand whatever they actually deal with outside being incredibly brave persons… like world's first men in space and so on. They have a certain integrity and intensity that create a hero," Higgins added.

But other than 'how' and 'with what' the battles between comic book heroes and villains are fought, the exact nature of these battles and their relevance to the real world is also important, according to Higgins.

"I like comics of relevance. I like their ideas to be relevant, I like the fact that you can be politically satirical. And we are very lucky that we live in democracies. We don't necessarily have to fight as such… What I do know, people who have used the power of art and comics as a form of protest, which is completely not invalid, we should be able to use any means to express the dissatisfaction with any political setup or sort of… like ecology," he explained.

But even though he’s not exactly a big fan of superpowers, it appears that Higgins wouldn’t mind getting a bit 'powered up' and making the world a better place.