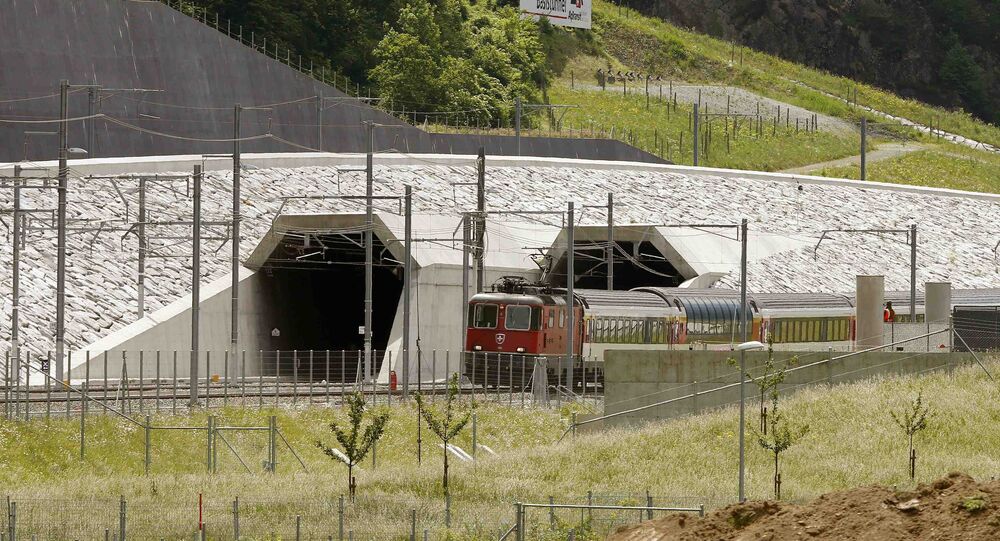 GENEVA (Sputnik) – The Gotthard Base Tunnel, the world’s longest and deepest rail tunnel, was opened in Switzerland on Wednesday, local media reported.

"That is a great day for Switzerland but that is also a great day for the whole Europe. Opening the Gotthard Base Tunnel, the longest of its kind, binds the north and the south," Swiss President Johann Schneider-Ammann said at the opening ceremony, adding that he spoke about northern and southern parts of the whole Europe, not only Switzerland, the Neue Luzerner Zeitung daily reported.

The ceremony was attended by about 1,100 official guests and 300 journalists from 20 countries. Up to 100,000 people are expected to participate in further celebrations that will take place in June 4-5.

The 57-kilometer-long (35.5 miles) Gotthard tunnel is more than three kilometers longer than the Seikan tunnel in Japan, which was the longest one till Wednesday. The construction of the Gotthard tunnel lasted for 17 years and cost about $12.2 billion.

The tunnel, which will be opened for public in December, will significantly decrease the time needed to cross Switzerland from north to south.

Neutral Switzerland Pursues Its Own Interests in War-Ravaged Middle East