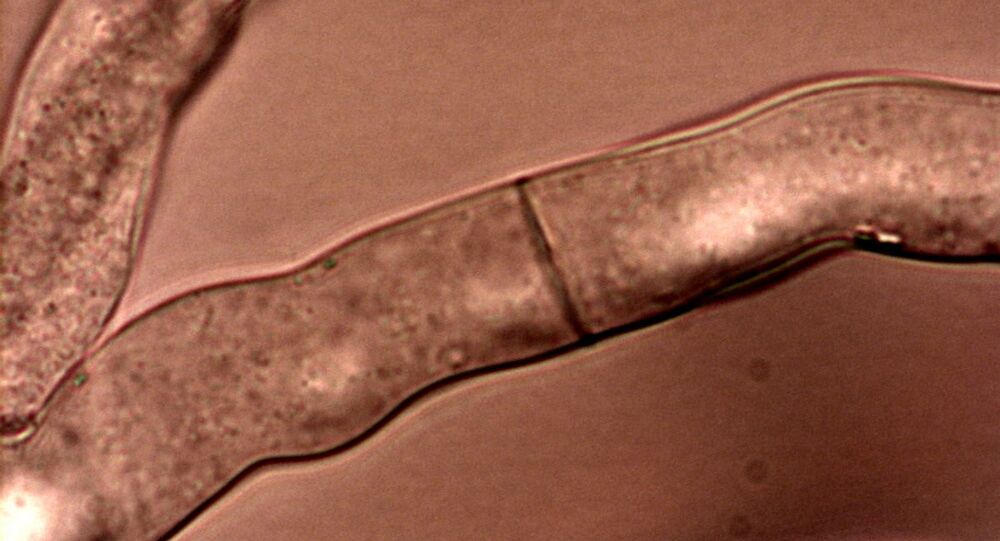 Tiny Tinder: Scientists Listen In to Microbe Pick Up Lines

Scientists examining the interactions of social microbes have found that a fungus uses a so-called "green beard system" to decide whether or not it should approach another individual and fuse with it.

© Photo : microbewiki
Misunderstood Microbes: Brainy Bacteria Ace Memory Test
Scientists at the University of California, Berkeley have shown that a fungus called Neurospora crassa discriminates other microbes, identifying the genes it has in common and then preferentially helping or punishing another microbes.

"While kin recognition is important in animals, microbes often use kind recognition, in which cells are genetically related only at certain loci—so-called 'greenbeard' genes," the authors wrote in their study, published on Thursday in the PLOS journal.

The "green-beard effect" was named by evolutionary biologist Richard Dawkins in his book "The Selfish Gene," in which he explains the hypothesis, which is a model for the evolution of selective altruism.

"I have a green beard and I will be altruistic to anyone else with green beard," Dawkins wrote.

The hypothesis requires that organisms acquire three things: an arbitrary peculiarity, or "green beard", the ability to detect the green beard on others, and the tendency to treat such green-bearded individuals preferentially.

In their study, the scientists examined how genetically identical asexual spores of Neurospora crassa germinate, and undergo chemotropic interactions and eventual cell fusion.

© Flickr / Tim Sheerman-Chase
Rotten, Yet Not Spoiled: Scientists Turn Damaged Tomatoes Into Source of Energy
The scientists compared the communication of genetically different "germlings," the organism produced by germination of an algal or fungal spore. They made the surprising finding that Neurospora crassa populations fall into distinct communication groups.

"It seems like all strains speak the same basic fungal language, but due to different dialects, some strains cannot understand each other, and therefore are unable to establish communication necessary for cell fusion," explained Dr. Jens Heller, first author of the study.

"Since we know that programmed cell death can result from fusion of incompatible partners in N. crassa, choosing the right partner at a distance can be important," Heller said.

Germlings from different communication groups grew past each other to find a germling of their own communication type for cell fusion, which allows it to more rapidly establish a colony of fungus.

"Our findings reveal a heretofore under-appreciated complexity in fungal communication. We have only scratched the surface on communication and interactions of these enigmatic organisms," Professor Glass said.