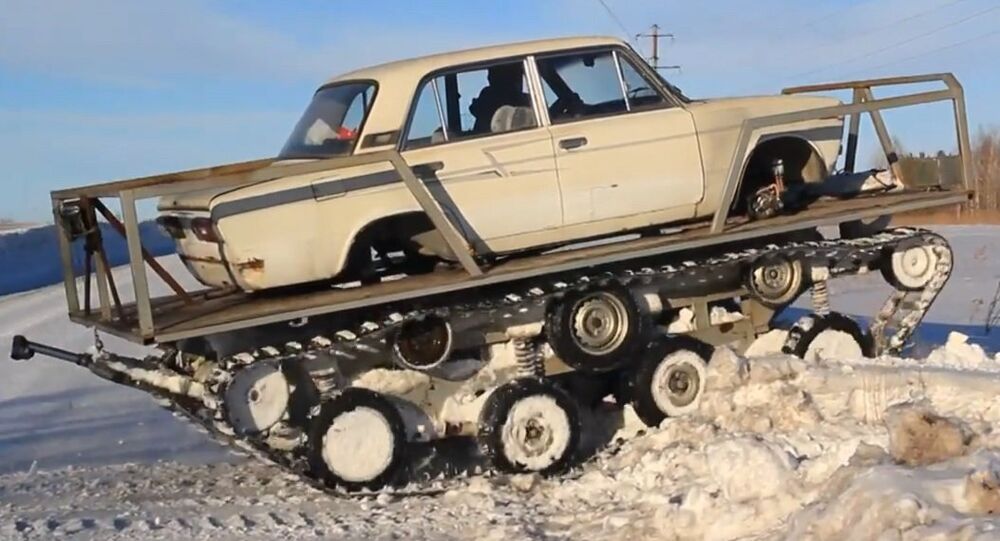 Meanwhile in Russia: Man Builds Tank From Car to Save His Farm Animals

Let’s be honest, Lada cars aren’t known as the best vehicles out there, but in the hands of a Russian master, a Lada could be turned into… you probably didn’t guess it, a tank.

Pavel Shavrin, an engineer from the city of Magnitogorsk, in Russia's Chelyabinsk Region, made a tank [albeit without a gun-turret] out of his old Lada car.

It took Shavrin six months and 100,000 rubles (around $1,300) to install the body of a car onto a tracked platform and build the truly dreadful-looking all-terrain vehicle, called Rosomakha ("Wolverine").