Residents of the European part of Russia will reportedly be able to see and photograph the International Space Station in the night sky later this week. 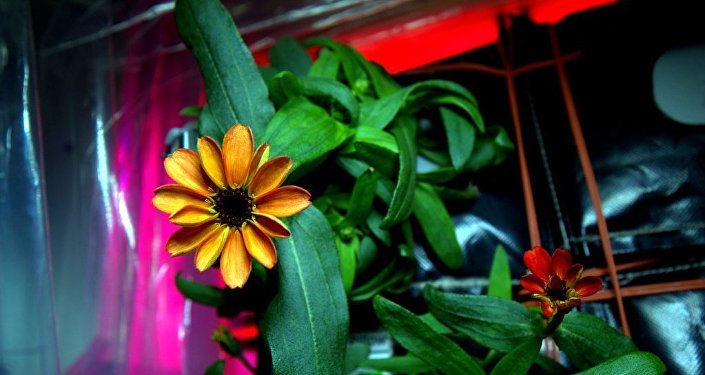 © Photo : Scott Kelly's twitter
Cosmic Flower: First Blossom in Space On Board ISS
The Russian Federal Space Agency Roscosmos reported on its Vkontakte social media page that this week, the trajectory of the International Space Station (ISS) will take it over most of Russia's European part, which means that observers will be able to see the space outpost without binoculars or a telescope in the coming days.

The ISS is moving from west to east, and its flyover schedule has already been published by Roscosmos with respect to ten major Russian cities, including Moscow, St. Petersburg, Novosibirsk, Yekaterinburg, Nizhny Novgorod, Kazan, Chelyabinsk, Omsk, Samara and Rostov-on-Don.

Information on other cities can be found on the website heavens-above.com. To find out about the ISS flyover, you need to specify your location with the help of the bar in the upper right corner and then select the Satellites-ISS section on the website's main page. 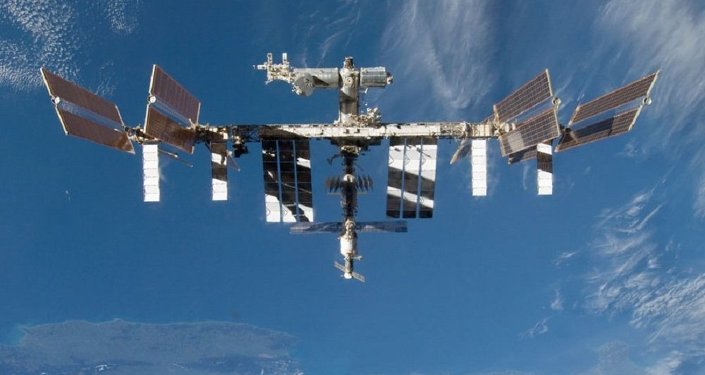 © NASA . STS-128 Crew, NASA
Russia to Launch 4 Manned, 3 Cargo Spacecraft to ISS in 2016
The first component of the ISS was launched into orbit in 1998, and currently it is believed to be the largest artificial body in orbit. It can sometimes be seen with the naked eye from Earth.

The space outpost consists of pressurized modules, external trusses, solar arrays, and a spate of other components, which were launched by Russian Proton and Soyuz rockets as well as American Space Shuttles.

Houston, We Don’t Have a Problem: ISS Crew Returns Safely to Earth