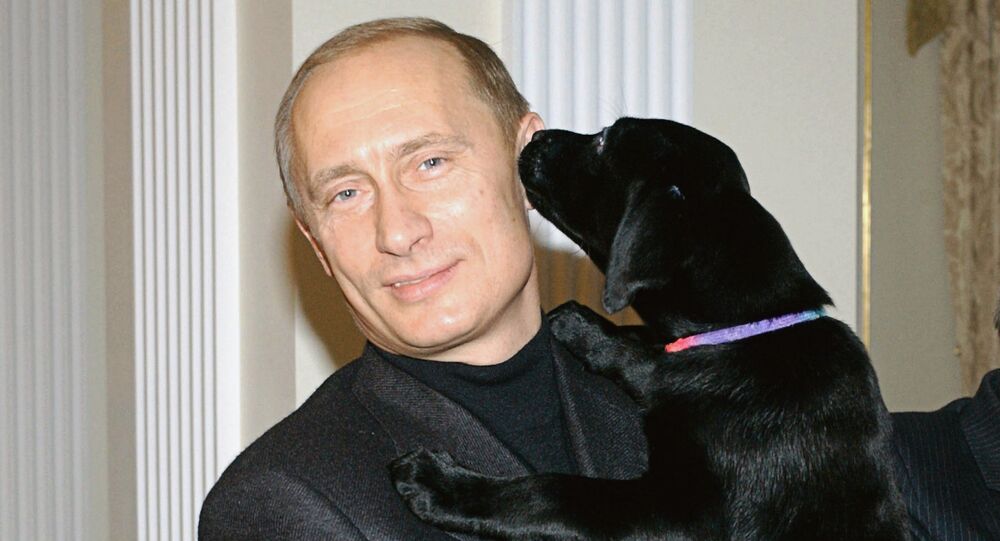 © AFP 2021 / POOL/ALEXEY DRUZHININ
Home Sweet Home: Putin's Plans for New Year Celebration Revealed
Anna Abramova’s family could not afford to buy a dog for her. Due to that the school girl wrote a letter to the president.

The girl's mother, who is a teacher, did not try to discourage her from the idea, as Anna is an exceptional student at her school and is the winner of the Olympic Games. As a result three- months old Labrador retriever was brought home to Abramov on New Year's Eve.

“The puppy is already accustomed to the new place, it made friends with the former inhabitants of the apartment — a cat and a rat, showed a good appetite, preferring meat dishes and porridge,” it was said in a statement.

Earlier, it was reported that a schoolgirl from Khakassia and her sister received a husky puppy on behalf of President of Russia Vladimir Putin.

Person of Influence: Italians Give Kudos to Vladimir Putin