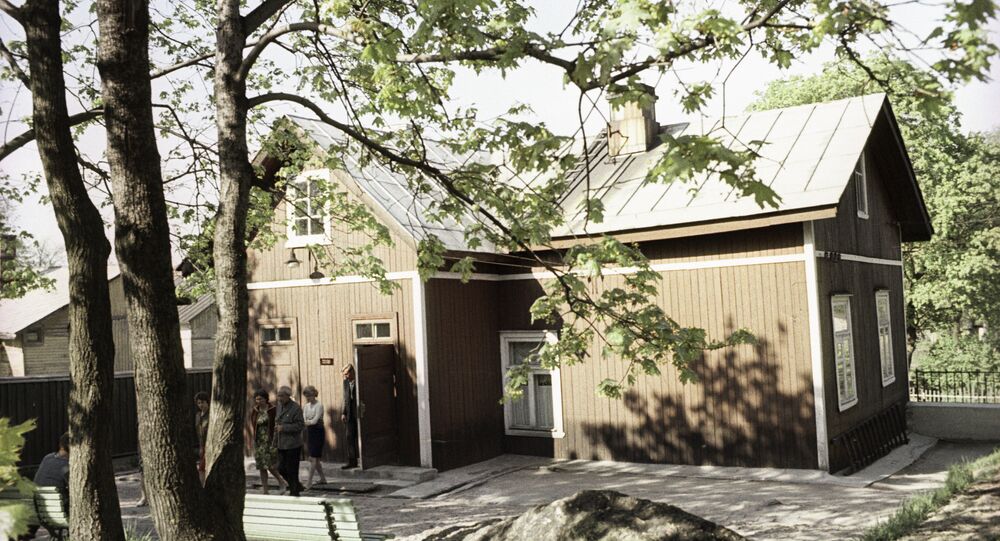 Chinese tourists traveling in Russia will be able to visit two Lenin museums as part of the Red Route project in the Leningrad Region, a spokesman for the regional administration said Tuesday.

“The Yalkala Museum in the town of Ilyichyovo and the Lenin Museum in Vyborg have been included in the program for Chinese tourists. They will see Lenin’s hideaways as he fled persecution from the Provisional Government,” he said.

The Red Route federal tourism project for tourists from China is a cultural and educational tour with visits to places tied to Vladimir Lenin. An agreement on the development of the interregional project, which includes the Leningrad Region, among others, was signed in July. The itinerary covers Moscow, St. Petersburg, the Leningrad Region, Kazan, and Ulyanovsk.

© AFP 2020 / OLGA MALTSEVA
Red Tourism: Chinese Tourists Spend Over $1 Billion in Russia
The Yalkala Historical Museum, previously known as the Lenin House  Museum, was part of Lenin’s life and work between June 4 and October 24, 1917, when he was in hiding from the Provisional Government as Konstantin Ivanov. The Yalkala Museum is the eighth of Lenin’s 15 safe houses. In 1993, the museum was reorganized at the Yalkala Historical and Ethnographic Museum-Reserve.

Chinese tourists will be able to see the house of the Parviainen Finnish family where Lenin took refuge, as well as an exposition pavilion with the following stands: Lenin’s Last Hideaways and Lenin Places on the Karelian Isthmus.

The second site – the Lenin House Museum in Vyborg – is known for the fact that Lenin used it as a hideout in September and October 1917. From there, the Bolshevik leader went to Petrograd “to stage the revolution.” The exposition features genuine items from the Lenin days that were turned over to the museum in 1961.

“This house belonged to the Haikonen-Latukkas, a Finnish working class family, where Lenin had a room. Today, it is Lenin’s personal study. It contains period items, including the interior. The second half of the house hosts an exposition devoted to the revolution and Lenin’s activities in Vyborg,” the regional government press service said.