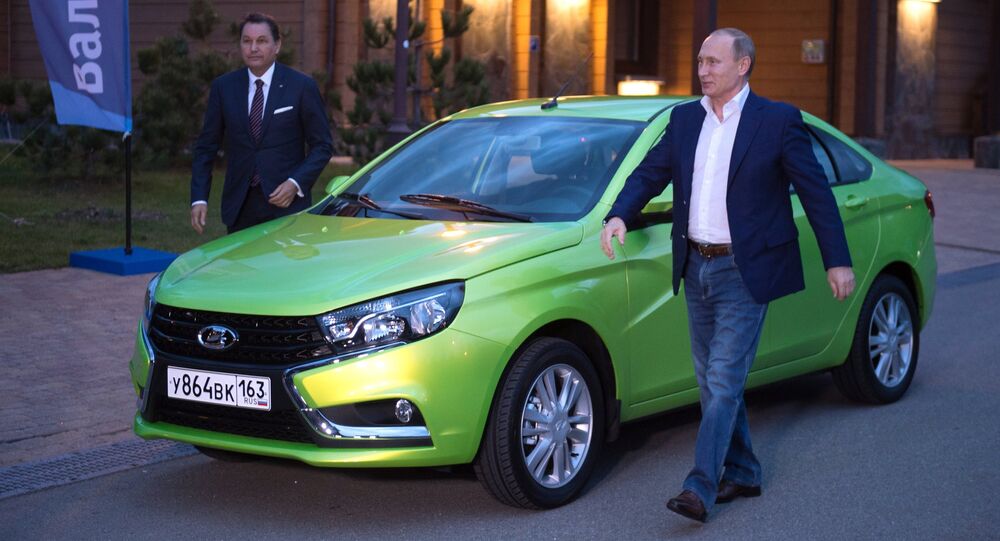 Russian President Vladimir Putin tested a brand new Russian car, the AvtoVAZ Lada Vesta, on his way to a session of the Valdai International Discussion Club in Sochi; he approved of the vehicle, calling it responsive and easy to handle.

President Putin test drove a new model produced by Russia's biggest carmaker AvtoVAZ, the Lada Vesta, on his way to a session of the Valdai International Discussion Club in Sochi.

The Russian leader got behind the wheel of a brand-new lime green Lada; he gave the car his presidential approval, calling it a “very good” vehicle with “good throttle response.”

He was accompanied by AvtoVAZ CEO, Bo Andersson, a native of Sweden.

"A very good car, a very good throttle response and it handles easily," Vladimir Putin said of the vehicle. "There are winding roads [in Sochi] and you are permitted to drive 30-50 kmph but I'll tell you in confidence that we drove a little bit faster," he confessed.

"They [AvtoVAZ] are already planning car sales in those regions of the world and those countries which already know Lada: Eastern Europe, the Middle East, and Latin America, and I think the sales will go well," the president added.

The commercial production of the Lada Vesta was launched at AVTOVAZ's Izhevsk plant in central Russia on September 25. Some 5,000-6,000 cars will be produced in 2015. Next year, the carmaker estimates that it will produce nearly 70,000.