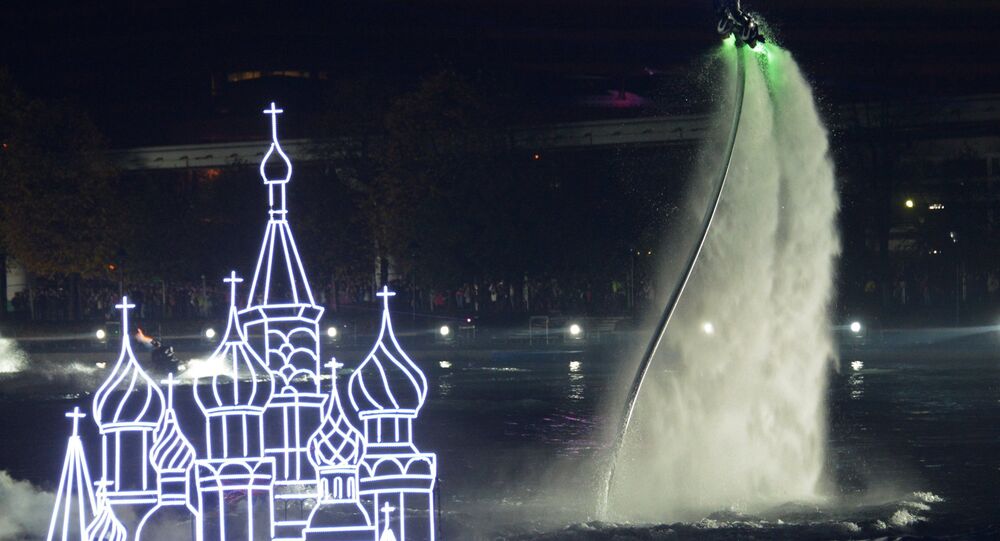 Nine Nights of the 'Circle of Light' Festival

The Anniversary Fifth Edition of the Circle of Light Moscow International Festival will take place from September 26 through October 4.

In the nine different historical places in the center of Moscow a great show will be held and it will for sure impress its audience. Curator of the project – LBL Communication Group.

YouTube/Ruptly TV
Spectacular Closing Ceremony of the Military Music Festival in Moscow
The fans of the festival will find themselves "In the city of light…" where performances will be shown – on the buildings on Frunzenskaya embankment and Andreevsky Bridge, on Bolshoi Theatre and in VDNH, on the territory of Patriarshie and Chistie ponds, and finally in the Central Children`s Store and Rowing canal in Krylatskoe.

Barges will sail along the Moscow-river and they will show colorful images on the embankments. In Digital October Center the educational program will be held.

Beside the projection mapping and light shows the Organizers of the Circle of Light Festival will run ART VISION International Competition which attracts participants from all over the world.

© Sputnik / Yevgenia Novozhenina
Martial Music From Around the World: Spasskaya Tower 2015 Fest in Moscow
14
This year only in three nominations — Classic, Modern and Vjing — more than 120 applications from 26 countries were applied. All applications that passed into the second round (48 projects from 14 counties) will be shown on the facades of Bolshoi Theatre and VDNH buildings as well.

As a result Muscovites and their guests will see the projects of the finalists from Australia, Azerbaijan, Hungary, Germany, India, Indonesia, Italy, Spain, Canada, Mexico, Portugal, Russia, Slovenia, Chile, Switzerland, Ecuador and Japan.

Underwater Image Festival Marmara: The Beauty of the Sea Depths