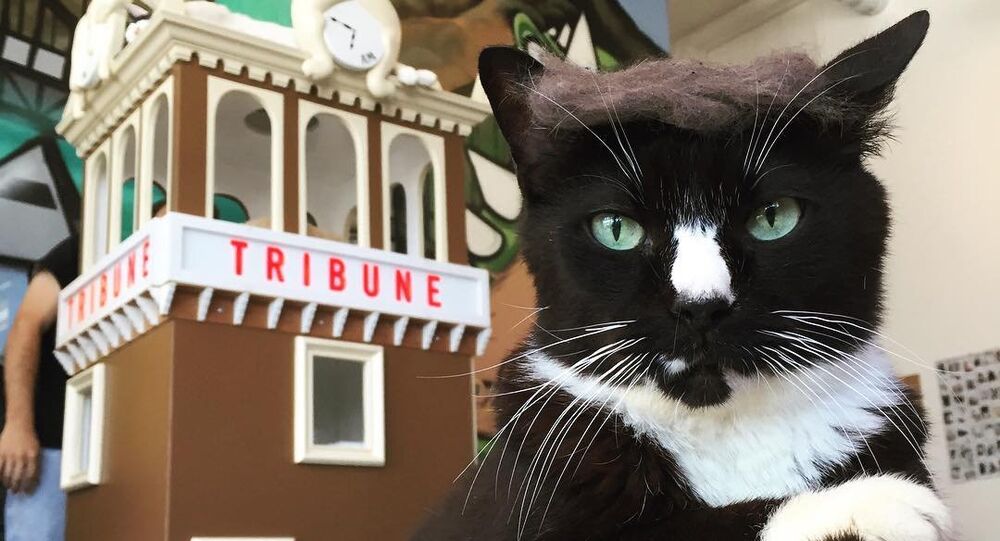 Where most politicians sport rather conservative and dull haircuts, 'The Donald' stands out from the crowd with his peculiarly coiffured concoction, much beloved by the Internet masses.

A new Instagram and Twitter flashmob was recently launched, emulating his bizarre comb-over and inspiring many people to begin what they call “Trumping” their pets.

It entails using a ball of your pet’s discarded fur from its latest grooming session and cunningly crafting it into a feline comb-over.

The trend has taken the media by storm. For example, Time magazine tweeted the ultimate guide on “how to get hair like Donald Trump”.

The Guardian offered their own “emergency hair advice”: “bleach it, cut it or get a wig”.

However four years ago, in an effort to defuse the mystery surrounding his enigmatic head foliage, the politician already gave a detailed account of how he does his hair:

Speaking of cats, surprised this candidate didn't come up in #TrumpYourCat pic.twitter.com/kR5GbxqlxR

“I wash it with Head and Shoulders. I don't dry it, though. I let it dry by itself. It takes about an hour. Then I read papers and things,” he then told Rolling Stone magazine.

The #TrumpYourCat movement is hilarious and makes us feel really bad for these cats: http://t.co/82PmnjkJkx pic.twitter.com/QUEzg2Ctn7

If you want your cat to have ANY chance in 2016, you'll get on board with #TrumpYourCat http://t.co/Lbxg9pfpZN pic.twitter.com/0AZozRnOlL

"I actually don't have a bad hairline. When you think about it, it's not bad. I mean, I get a lot of credit for comb-overs. But it's not really a comb-over. It's sort of a little bit forward and back. I've combed it the same way for years. Same thing, every time."

@maddow My Chows r just big cats. So, when I saw ur segment about #trumpyourcat, I was inspired to try #trumpyourdog pic.twitter.com/mB4EBVgpxi