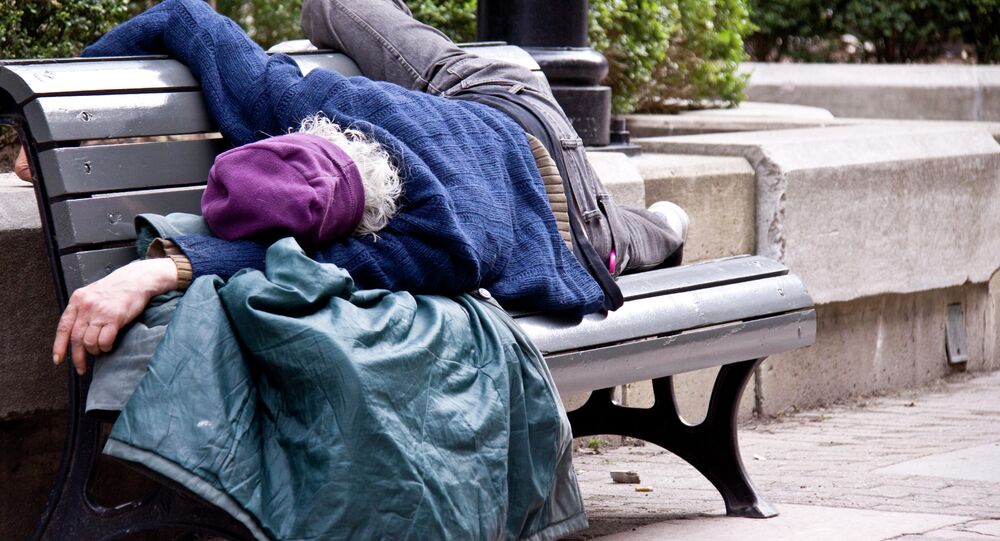 $2,400 have been founded and more than $5000 have been rejected as award by homeless Canadian man, seeking for a job and not for money, the Royal Canadian Mounted Police reported.

A Canadian homeless man found $2,400 on a Langford, B.C. street, and not only turned in the money but also rejected a reward worth more than twice that.  What's worth more to him than money?  A job.

Constable Alex Bérubé of the Royal Canadian Mounted Police West Shore was touched by the story of the unnamed man returning the found cash after it gained national media attention, and he did his best to find the man without an address or phone.

"I finally caught up to him on Monday and told him about the fundraising organized by Mike Kelly of Victoria Buzz, and that he had thousands of dollars waiting for him," Bérubé said.

In another twist, the homeless man asked the crowdfunded gift of more than $5000 be donated "to Our Place and other food service providers for people in need."

Homeless man found $ 2,400.- & turned it over to police.That started a fundraiser raising more than that.He gave it to charity.What a man!

Investigators asked the man, who is in his 60s, to reconsider, but when he arrived at the West Shore Detachment the next day, he again requested that the money be donated to others, and said the only thing he wanted was a job.

"Mike Kelly has been advised of the man's decision, which he provided in writing to officers," the news release said. "Mike will continue to manage the raised funds and see that the right groups receive them. As for the man's request for help finding a job, Mike is spearheading that effort as well."

Police reported that the man exercised his right to remain unidentified, while the owner of the lost $2,400 has been found and had his money returned.