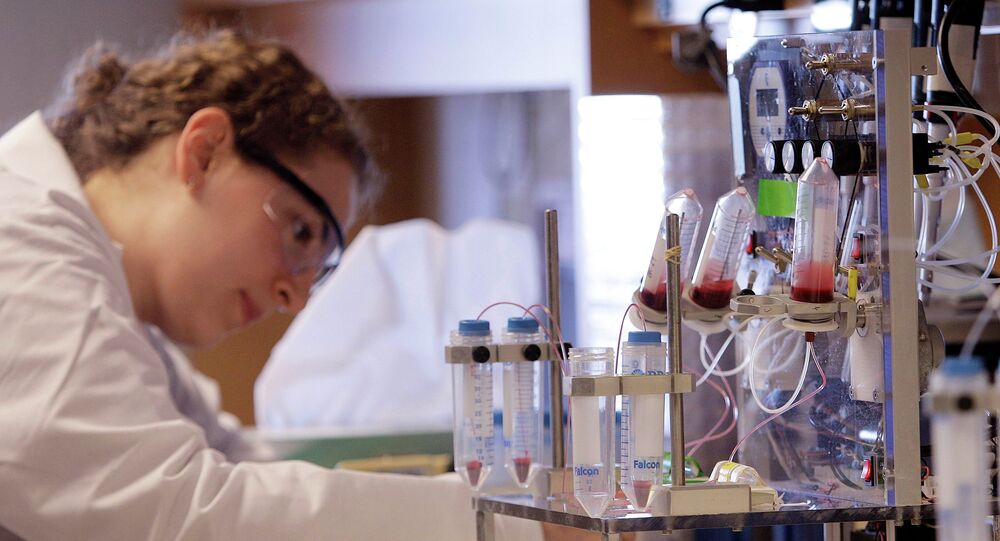 The 87-year-old Nobel Prize laureate James Watson said he had devoted most of his life to finding a cure for cancer.

"If we are all lucky they [anti-cancer drugs] will be available certainly in two years. We may not have to wait 15 years or even 10 years," Watson said.

© Flickr / Ars Electronica
Japanese Scientists Learn to Diagnose Early Stages of Cancer in 3 Minutes
The US biologist won a Nobel Prize medal in 1962 for discovering the double helix structure of DNA. He auctioned it off last year to raise money for his universities.

On Wednesday, he was reunited with his prize in Moscow after Russian billionaire philanthropist Alisher Usmanov bought the gold medal for $4.1 million.

During his Moscow visit, the renowned scientist delivered a lecture on the structure of DNA and oncology at the Russian Academy of Sciences.

"I have my fingers crossed here. There are two drugs now being tested that might provide real cures for cancers," he said.

© Wikipedia / Cold Spring Harbor Laboratory
US Nobel Laureate ‘Deeply Humbled’ by Russian Tycoon’s Decision to Return Prize After Sale
He explained that the genome is the "instruction book for life."

"So over the past 40 years we’ve been trying to find the instruction book for cancers," Watson said.

"I believe the most important people now are chemists, not the DNA people. DNA people can do their job and we know that it’s been a great triumph but by itself it won’t cure cancer. We will have to do chemistry."

Watson added that the idea of personalized medicines based on a person’s genome was "slightly oversold" because "knowing what gene is wrong won’t give you a cure, so you need drugs."

The scientist spoke in Moscow where he delivered an open lecture on the structure of DNA and cancer. On Wednesday, his Nobel prize was returned to him after auctioning it off in 2014 to raise money for his universities. The medal was purchased for $4.1 million by Russian philanthropist Alisher Usmanov who chose to reunite it with its owner as a token of respect.