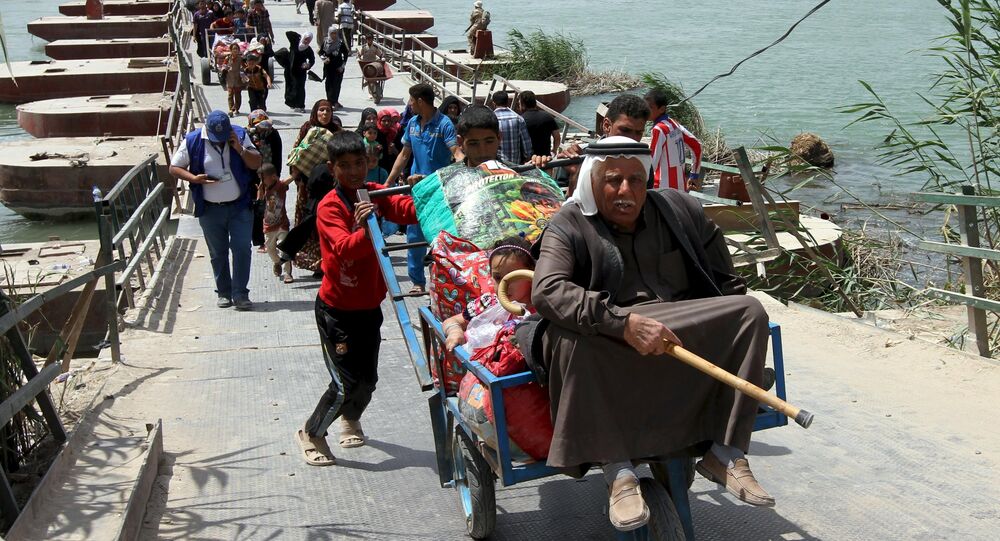 Number of Displaced People May Hit Billion Worldwide by 2050 - UN

The number of displaced people around the world may reach one billion by 2050, UN Secretary-General Ban Ki-moon said Monday.

UNITED NATIONS (Sputnik) – Economic losses from natural disasters have now reached $300 billion annually, and are projected to increase dramatically, according to the UN chief.

"By 2050, we estimate that up to one billion people could be displaced by climate change," Ban said adding that more than 40 percent of the global population would be living in areas of severe water stress.

© AP Photo / Ahmed Saad, Pool
Fight Against Terrorism Should Not Be Selective, Politicized - Iranian FM
Another major reason of growing displacement of people is conflict, with the number of refugees standing at 51 million. Internally displaced people in countries are displaced for an average of 17 years, according to the UN.

The secretary general said humanitarian action faces great challenges despite the UN's and other organizations' efforts, as the number of people in need of humanitarian assistance has doubled globally over the past decade.

Overseas Embassies Must Have Right to Offer Asylum – Swedish Politician