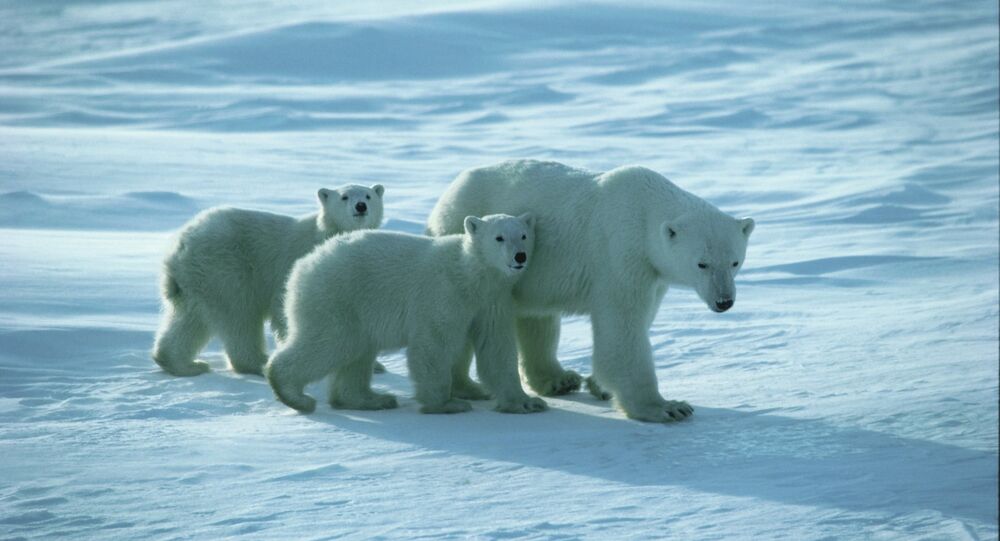 The oil drilling operation of Shell in the Chukchi Sea can harm the vast population of polar bears and walruses living in the Wrangel Island reserve.

The oil drilling operation of Dutch oil giant Shell in the Chukchi Sea, which is a marginal sea of the Arctic Ocean, is a threat to Russia's Wrangel Island National Park, Greenpeace said in a report published on Wednesday.

"Shell has received government approval to drill exploratory wells in the Chukchi Sea. Greenpeace found that this drilling threatens not only the nature of the United States, but also Russia, in particular — the famous Arctic Reserve ‘Wrangel Island’,” they said in a statement.

© Sputnik / Alexander Liskin
Warm Winter Sends Arctic Sea Ice to Record Low
Under the worst-case scenario of an oil spill, within ten days after the accident an oil leak could reach the Russian border. After 30 days it could reach the buffer zone of the Wrangel Island National Park.

The Wrangel Island National Park is a UNESCO World Heritage Site and until recently it was an untouched wilderness. It is famously known as a habitat for polar bears and it also has one of the largest populations of Atlantic walrus in the world. During the prime drilling season in the summer and fall, the islands are crowded by hundreds of polar bears who come there to feed after the long winter.

“Shell is to begin drilling in the Chukchi Sea this summer, despite the fact that the US government warns that the probability of a major oil spill (over 1,000 barrels) reaches 75 %” said the coordinator of the Arctic Greenpeace Project, Evgeniya Belyakov.

According to Greenpeace, the United States, as a member of UNESCO, must avoid activities that could damage the World Heritage.

Greenpeace urged US authorities to refuse Shell the permit it needs to start the exploration in the zone.