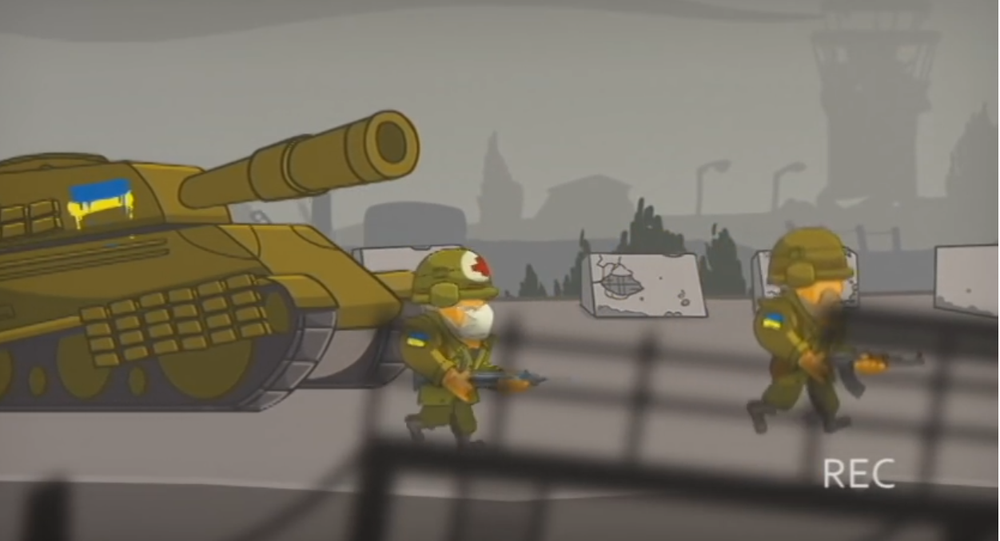 "While the game is about the conflict in Ukraine, it can tell people something about conflicts all over the world," Haelterman told Sputnik.

The game, offered as an Android and a web-based app, starts with players choosing sides of the Ukrainian conflict. They can either play for the self-defense forces or the Ukrainian military. Then the battle for Donetsk ensues.

Whatever the choice and the strategy, the end result will be practically the same whether you win the battle or not. The player will see a "You lose" sign accompanied by a message saying you "Lost the game. A lot of civilians were killed."

I won the battle but lost the game, just like many civilian casualties every day. play now: http://t.co/UahaH8Bhs3 #LuGusStudios

Nevertheless, "it's possible to win the game, but that's for the players to find out," Haelterman said.

I spared the lives of countless civilians and opened the road to peace. Play now: http://t.co/trAIEFHKT0 #battlefordonetsk

Creators of the game emphasize that they don't support any side of the Ukrainian conflict, which has left approximately 5,800 dead.

"It's a very complex conflict, it's slowly turning into a monster that's hard to control. I'm not sure how, or when the conflict will be resolved but at least we hope the fighting stops soon, that's also what the game is about. "I spared the lives of countless civilians and opened the road to peace" is one of the endings of the game," Haelterman told Sputnik.