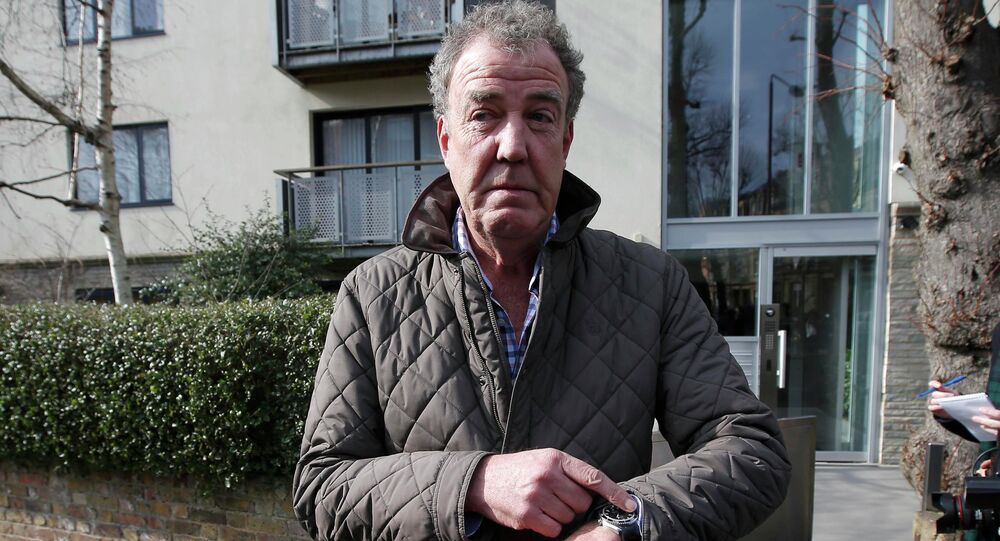 The BBC corporation may lose up to $100 million a year if Top Gear presenter Jeremy Clarkson gets fired.

The BBC earns around $75 million a year for selling the Top Gear rights to foreign countries, as the show is broadcast in 214 countries around the world, the news outlet reported on Friday. Top Gear magazine has a global circulation of 1.7 million, bringing another $11 million to the BBC, according to the media.

The figures provided by the Daily Mail on Friday do not include profits from advertising.

Clarkson was suspended from the UK broadcaster earlier in March after a "fracas with a BBC producer." Witnesses told the Guardian that Clarkson reportedly punched producer Oisin Tymon in the face following a falling-out at a Yorkshire hotel. Clarkson's future at the BBC will be decided after an internal BBC investigation.

© Flickr / Elliott Brown
Argentina Not Accepting BBC Response to Top Gear Controversy: Ambassador
Meanwhile, a petition to reinstate Clarkson on change.org has attracted over one million signatures. A tank ridden by Top Gear character, the Stig, delivered a petition to the BBC office on Friday. However, Clarkson warned his supporters that protests never work.

“You can get a million other plankton to dress up and wave banners but Mr Whale won't even notice," he wrote is his column in The Sun newspaper.

In 2013, Top Gear, which has over 350 million viewers, was named the World's most widely watched factual television program in the Guinness World Record Book. Clarkson has presented the show from 1988 until 2000, and then again from October 2002 until now in the show's updated format.