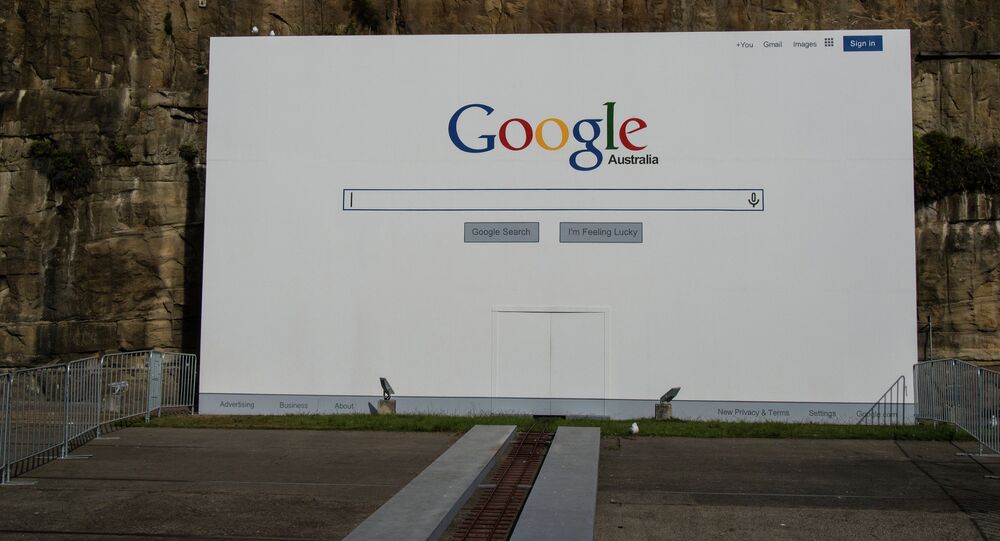 © AP Photo / Keystone, Walter Bier, file
Google Steps in to Stream Controversial Film 'The Interview'
MOSCOW, January 9 (Sputnik) – Google's share of the internet search market decreased in December for the first time since 2009, Bloomberg reported on Friday, with Yahoo the main benefactor of Google's decline after the signing of a deal with Firefox to become the default search engine on its browsers.

"The move by Mozilla has had a definite impact on US search [engine use]," StatCounter CEO Aodhan Cullen, the company behind the statistics, told Bloomberg. "The question now is whether Firefox users switch back to Google."

© Flickr / cogdogblog
Yahoo Says US Government Threatened $250,000 in Daily Fines Over Surveillance Refusal
In November last year, Mozilla announced that starting in December, Yahoo would be the default search engine for Firefox in the US, while Google, Bing, DuckDuckGo, eBay, Amazon, Twitter and Wikipedia would continue to be built-in alternative search options. The move ended the previous ten-year partnership between Google and Mozilla, which in December had a 12 percent share of the browser market. According to data from Netmarketshare.com, Chrome had 23 percent, and Internet Explorer 59 percent.

The WSJ reports that Google is also facing a potentially greater danger to its market share, after news surfaced that Apple is thinking about ditching Google in favor of a different search provider for its Safari browser. Cullen from StatCounter told the paper that such a prospect represents "an even bigger opportunity" for Yahoo or Microsoft to expand into Google's share of the market.