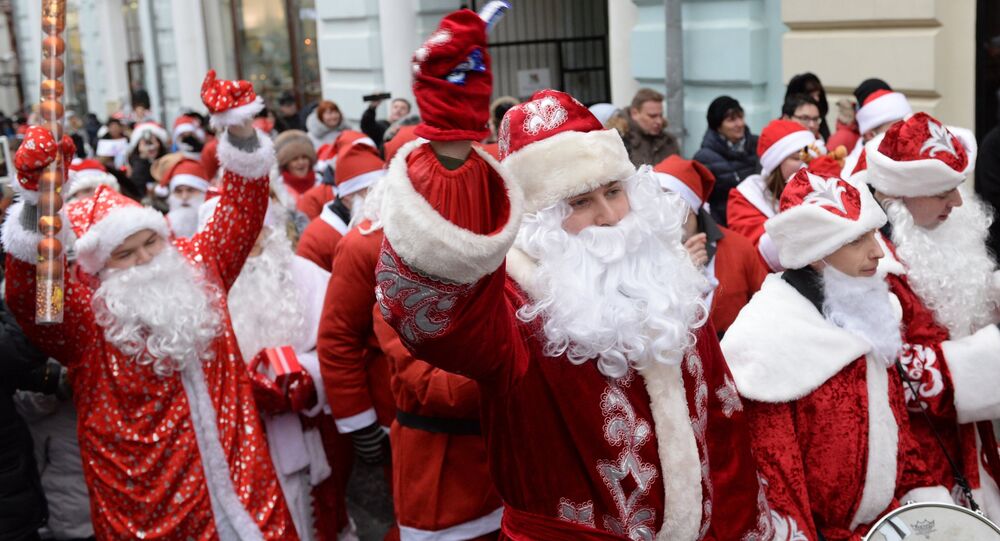 Hundreds of Santa Clauses to Run Through Moscow in Charity Race

Several Hundred Santas will participate in a charity run through Gorky Park along the Moscow River waterfront later this month, local media reports.

MOSCOW, December 6 (Sputnik) — Hundreds of Santa Clauses are set to participate in a charity run along the waterfront of Gorky Park on December 21, Mail.ru reported.

The event is organized by the Fun Runs runners’ club, the Vera children’s hospice fund, and Gorky Park’s administration. Registration for the event will cost 600 rubles (about $11.25 US); the money will be used to buy presents for good little boys and girls who are struggling with serious illnesses. Costumes and beards for the runners will be provided on site. “Lazy Santa Clauses” who don’t want to participate in the run will be still able to donate on funruns.ru, and will be issued ‘e-medals’.

“The end of December is a time of celebration and gifts. We want it to be this way for everyone. Every child, no matter how sick he or she may be, dreams of getting a New Year’s gift from Father Frost [the Russian Santa Claus]. With your help, we want to make this dream come true for those who are very sick,” the organizers from the project Fun Runs said, Mail.ru noted.

About 500 Santas are expected to participate, with distances of 5 and 10 kilometers planned. The 10k distance runs from the Krymsky Bridge on the way to Gorky Park to Sparrow Hills, home of Moscow State University. The organization hopes to collect about 500,000 rubles (about $10,000 US), with the funds collected to be donated to the Vera hospice fund. On December 25, volunteers dressed as Santa Claus will travel to area hospitals to hand out the presents.