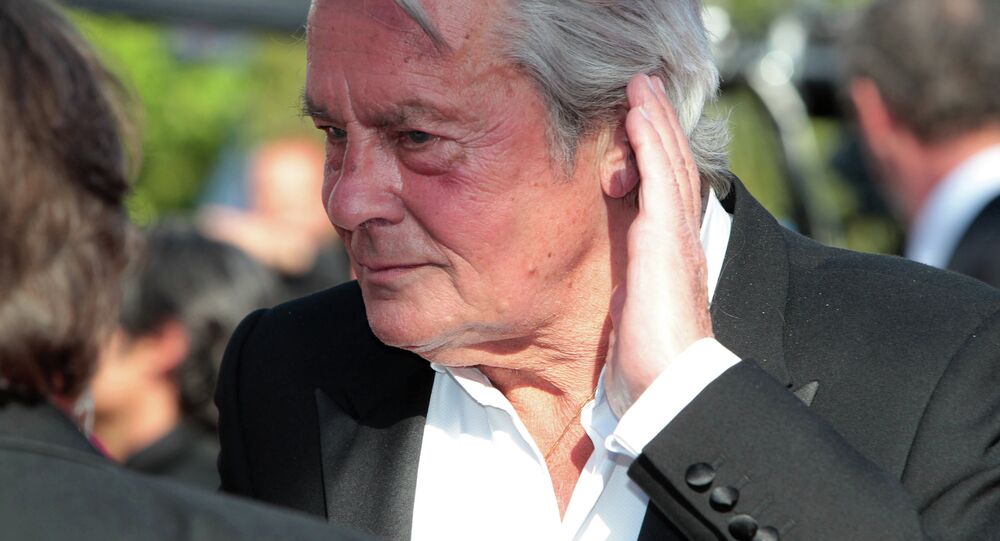 Alain Delon put his arms collection up for auction. The sale includes 80 weapons and souvenirs collected by the actor.

MOSCOW, December 1 (Sputnik) — Famous French actor Alain Delon has put his arms collection up for auction, including some pieces which were used in his movies.

The sale will include 80 lots of weapons and souvenirs collected by the legendary actor.

© East News / Mehdi Chebil
Alain Delon: I Knew Everything and Received Everything
11
"It turns out that, at my age… I have accumulated a mountain of stuff. Rather than leave these weapons to my children, I'd rather leave them money," Delon said in an interview in Le Figaro magazine.

Cornette de Saint Cyr auction house will run the sale on Monday. It was expected that not only actor’s revolvers, pistols and fowling pieces will be auctioned off, but also the costume of Captain Paul Metrand, played by Delon in "The Concorde… Airport ‘79". Another precious piece from the collection up for auction is a felt hat with a steel buckle worn by him in "The Return of Casanova".

The most valuable piece is expected to be a rare Holland.465 caliber double rifle which could fetch as much as 40,000 euros.

The 30-calibre Winchester Model 1892 rifle was wielded by gunslinger Josh Randall, played by Steve McQueen in the 1950’s hit series "Wanted: Dead or Alive" and is expected to fetch between 2,000 and 3,000 euros.

"These are not cops' and robbers' weapons but a journey into a passion of Alain Delon," Arnaud Cornette, who runs the auction house, said as quoted by AFP.

"Certain lots are genuine works of art and will be coveted by collectors the world over," he noted.