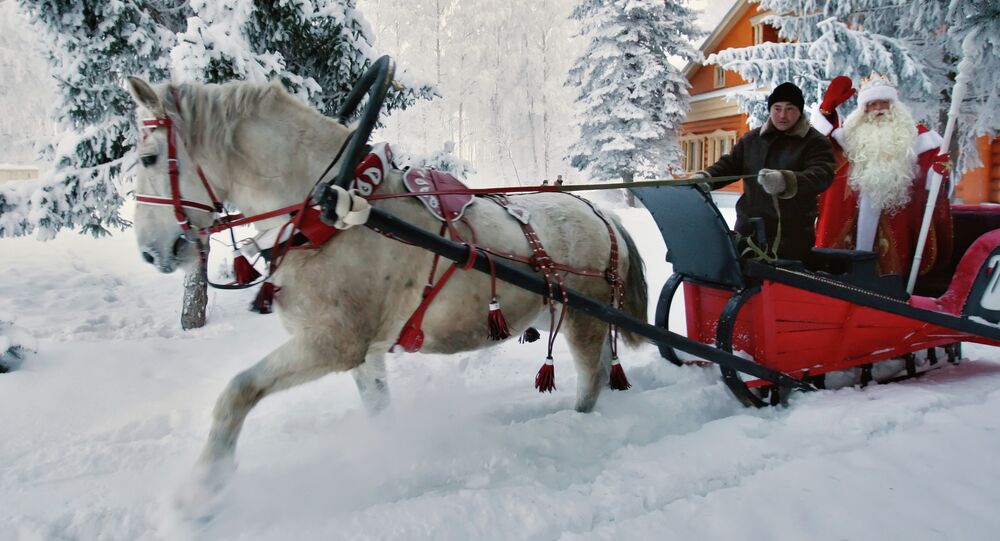 The Committee for Tourism of the Russian republic of Ingushetia said that Father Frost, Russia's equivalent of Santa Claus, will light a New Year tree which is higher in altitude than any other in the country.

MAGAS (Russia), November 30 (Sputnik) – Father Frost, Russia's equivalent of Santa Claus, will come to the Republic of Ingushetia on Sunday to light the highest-located New Year tree in the country, the Committee for Tourism of the Russian republic has told RIA Novosti.

"Father Frost [who lives] in Veliky Ustyug received a letter from a fifth-grader from…Ingushetia with a request to come and light the highest-located tree in the country. Of course Father Frost did not leave the letter without attention. On November 30, a real Father Frost train, consisting of an old steam locomotive and three compartment cars, will come to Ingushetia," the committee's spokesperson, Maryam Ozdoeva, said Saturday.

According to the spokesperson, Father Frost will light the tree at a mountain resort, at a height of 1,520 meters, or almost 4,990 feet, above sea level on the night from November 30 to December 1.

Father Frost will arrive in Ingushetia from the town of Veliky Ustyug, which is considered to be his official residence in Russia. It is located in the north-western Vologda Region.

The Republic of Ingushetia is located in the North Caucasus Region.