Reminding of a less-known side to the struggle for fine arts, Russia’s most visited art museum held on Saturday an event in honor of its staff felines.

ST. PETERSBURG, April 6 (RIA Novosti) – Reminding of a less-known side to the struggle for fine arts, Russia’s most visited art museum held on Saturday an event in honor of its staff felines.

The animals’ effort was honored, among other things, by a cat drawing competition for schoolchildren; the presentation of the “Book of Record of Hermitage Cats”; and the opening of a small exhibit of works by Theophile-Alexandre Steinlen, an Art Nouveau painter noted for his love of cats.

The museum is celebrating Hermitage Cat Day since 1998, but this is the first time the event is marked by a separate art exhibit.

Hermitage was established in 1764 and is best known for its collection of Old Masters, including Rembrandt, Rubens, Leonardo da Vinci, Titian, Caravaggio and van Dyck. It admitted 2.8 million visitors in 2011, the latest year for which statistics are available.

The tradition of Hermitage cats is, in fact, older than the museum, deriving from the feline brought from Holland to Winter Palace in early 18th century by Peter the Great. 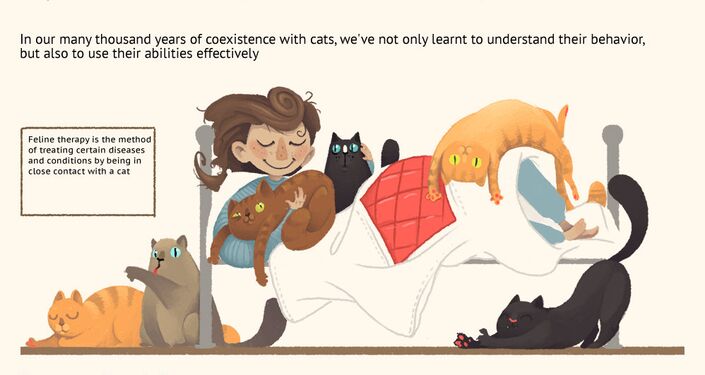 The institution was formalized by Catherine the Great, who, when she founded Hermitage, reassigned some of the palace cats to guard the museum – a job that came complete with a formal rank and a set allowance.