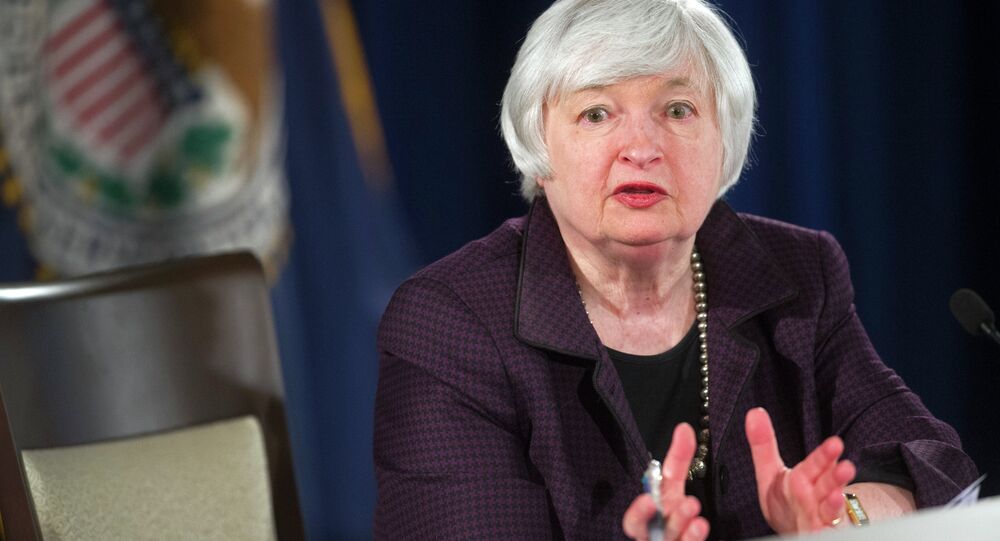 Although Janet Yellen's plan to impose a global minimum corporate tax rate sounds like a good idea, it's unlikely that she'll succeed in getting a uniform law across the planet, says Steve Keen, honorary professor of economics at University College of London.

On 5 April, US Treasury Secretary Janet Yellen advocated a global minimum corporate tax rate in order to stop multinational corporations from seeking tax havens as President Joe Biden plans to impose a 21 percent minimum tax on US companies’ foreign income, and raise the corporate tax rate to 28 percent to fund his bold infrastructure and climate plan.

The treasury secretary revealed that US administration officials are working with G20 nations to agree to a global minimum corporate tax plan. Yellen’s remarks come ahead of the semiannual meetings of the International Monetary Fund (IMF) and World Bank set for this week.

"There's good reason to impose uniform taxes around the world to stop companies doing tax evasion, which throws the burden of taxation on the working class and the middle class. So that's in its own right. That is to be applauded," says Steve Keen, honorary professor of economics at University College of London and author of "Debunking Economics."

If implemented, the plan could help address the system in which the wealthy "basically evade tax and leave it to the lower classes to pay for the state," he suggests.

"So something like this, which stopped corporations also using tax advantages to go offshore, maybe bring some corporations back onshore because it makes more sense to be as close as you can to a larger market that might well help boost America's competitiveness with the rest of the world," Keen presumes.

Obviously, the global minimum tax idea will be opposed by multinational corporations, according to the professor: "They'll be outraged to begin with," he says. "But they've always been champions of creative accounting."

Treasury Secretary Janet Yellen: "We are working with G20 nations to agree to a global minimum corporate tax rate that can stop the race to the bottom." pic.twitter.com/6KhMYSnkcR

​The average corporate rate in the G7 is 24 percent, while nine countries are recently reducing their corporate rate, according to the Tax Foundation. Meanwhile, two European industrialised nations, Ireland and Hungary, are known for their low 12.5 percent and 9 percent rates, respectively. The tax group summarises that 100 of the 223 separate jurisdictions surveyed for the year 2020 have corporate tax rates below 25 percent, while 117 have tax rates above 20 percent and at or below 30 percent.

The NPR acknowledges that it's not clear whether the low-tax countries will embrace a global minimum tax given that Ireland, for example, "has derived a major competitive advantage with a lower tax regimen."

For its part, Axios suggests that Yellen's push for imposing a global minimum tax means that the administration sees "the risks to the American economy if it acts alone in raising corporate rates."

"Competitiveness is about more than how US-headquartered companies fare against other companies in global merger-and-acquisition bids," she argues. "It's about making sure that governments have stable tax systems that raise sufficient revenue to invest in essential public goods and respond to crises."

Still, Keen remains skeptical over the US administration's ability to convince global governments to adjust their working tax systems to the US needs.

The best Yellen can hope for is getting countries to reduce the number of tax havens or to penalise corporations that use them, the professor believes.