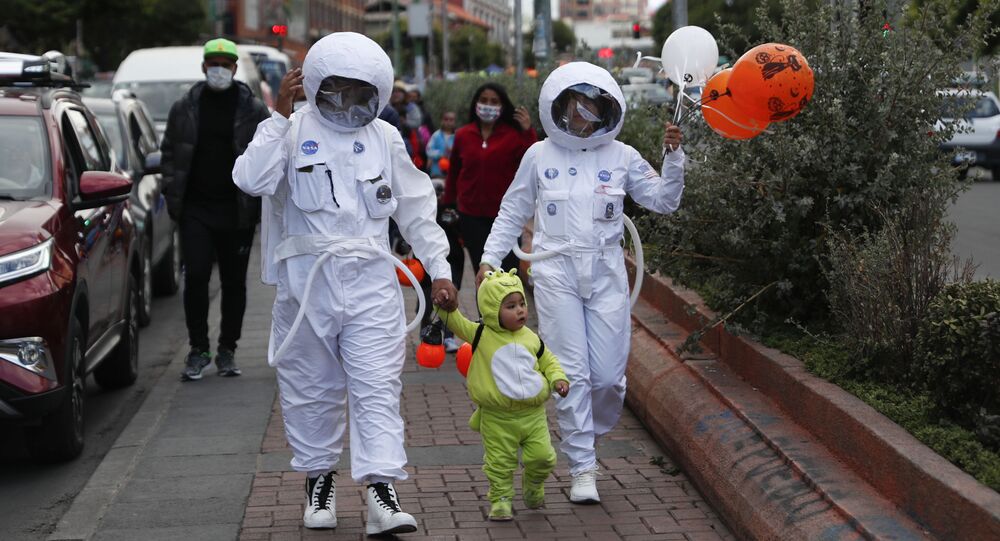 Isolation resulting from the COVID-19 pandemic has created enormous problems for countless citizens around the globe.

Whether it be a decline in a person’s mental wellbeing or greater physical stress, isolation is something many have struggled with throughout the pandemic. But for one group of people these demands come with the job. Looking at how astronauts deal with the challenges that many of us face right now, we spoke to Dr Nathan Smith, a Research Fellow in Psychology, Security and Trust, at the University of Manchester.

Sputnik: How do astronauts cope with isolation when in space?

Nathan: The space environment creates a number of challenges and each of those challenges will probably require some kind of different response; but being isolated means that the astronauts are separated from their friends and family, they're having to work independently, solve problems as they come up, and do things that allow them to maintain their health and performance.

So, we talk about astronauts being able to self-care and self-manage themselves, so part of it is them being aware of how they're doing - mentally and physically - and then being able to understand and interpret the things that are influencing that - so what sort of stresses they're encountering that influence how they might be feeling as an example, and if they could do that, well then they're able to take the next steps and manage that.

And that might be through various mechanisms such as mindfulness, meditation, breathing, exercises, yoga - things like that but it might be the practical strategies about optimising communication between team members to improve relationships. It might be goal setting, creating a plan for the day - things that we probably use here on Earth as well but the importance of those things are amplified in that kind of high-pressure space environment.

Sputnik: What skills and attributes must astronauts develop, that could also be important to us here on Earth, over lockdown?

Nathan: The International Space Station has what we call a human behaviour and competency framework and within that framework, there are eight criteria that they focus on the non-technical skills. So, it's not about being able to fly a spacecraft or being able to do some kind of technical engineering thing, it's about what we might describe as softer skills. The eight areas that we look at are very relevant to astronauts and cosmonauts living and working in space, and they are; self-care self-management, which I've just mentioned; communication; teamwork and group living; conflict resolution, so being able to make things better when there's been an argument or tension; situational awareness; decision making and problem solving; leadership; and then cross cultural understanding - so being able to empathise and understand people from maybe different nationalities but also from different work organisations as an example. So, we look across those eight core skill or competency areas and within those areas there's specific behavioural things that astronauts are trained to do, and encouraged to do within those areas, and that covers hundreds of different individual types of behaviours, which are trained across those different things.

Sputnik: In your research you talked about the role of technology: what role does that play in managing isolation for astronauts in space?

Nathan: At the moment, astronauts have a... I mean it's a fairly luxurious platform. They are 270 miles above Earth on the ISS. It's the size of a three-storey, three-bedroom house and they have private living quarters but the technology allows them to maintain real-time communication to Earth; they can have private conversations and video calls with family and friends, they can speak to a psychologist for example, to speak about some mental health challenges that they might be having. So, tech, at the moment provides all the things that are needed to help astronauts thrive in space.

I suppose in the work we're doing at the moment, what we're really looking at is the future of technology in space, and we're thinking about when we send humans to Mars and that's going to create some new challenges. So, the capsule that they travelled in is going to be much smaller than the ISS, and there's also going to be a delay between ground and Earth.

So those real-time communications are not going to be able to happen in real time, there's going to be a sort of 20-minute time delay, each time information goes and comes back to the capsule. So we're looking at things such as robotic therapists that can be developed to support and be conversational and provide that kind of social input to the astronauts; what we call recommender systems, so an astronaut using wearable devices might be able to monitor their health and wellbeing, and the system might then look at that data and give them some ideas about how they improve things. So, there's new ways that tech is being thought about in the future of human spaceflight.