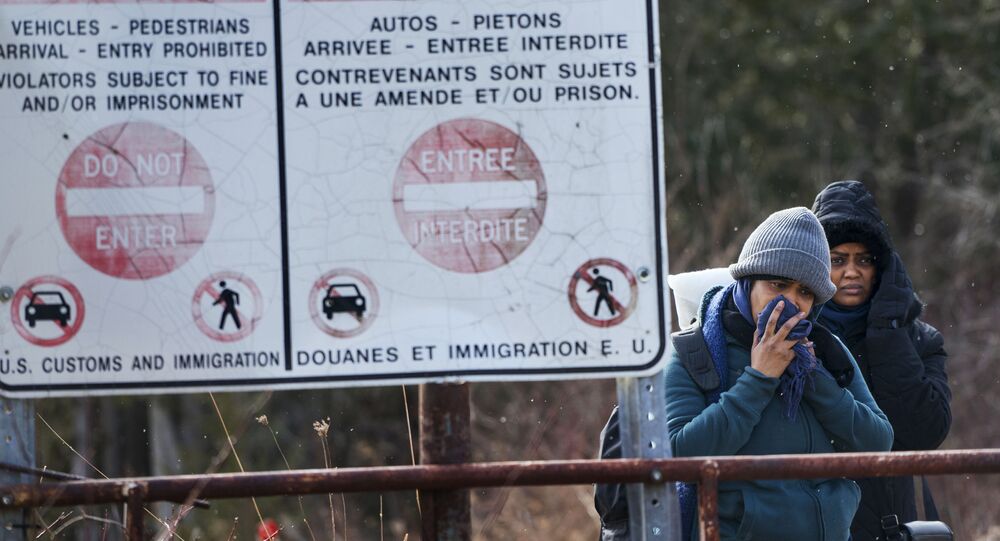 As Canada’s Liberal government has unveiled a plan to help the country’s economy by increasing the number of immigrants, the idea doesn’t seem to be selling well, with only 17% of respondents supporting it in a recent poll.

According to Maxime Bernier, the leader of the right-wing conservative People’s Party of Canada (PPC) and a long-time critic of the government’s immigration policy, the country needs a temporary moratorium on immigration – at least until its economy recovers.

Sputnik: Justin Trudeau’s Liberal government is planning to ramp up immigration, letting more than 400,000 immigrants into Canada annually for the next three years. You and your party – the PPC – are against that. Why is that?

Maxime Bernier: It is mass immigration, and we are against mass immigration. It will be 1.2 million newcomers in the next three years. We are in a recession right now, we may be in a depression. The unemployment rate is very high – it’s about 13%, and I think it’s time when we need to focus on Canadians and improving their standard of living. And that’s why the People’s Party of Canada is the only party that supports a moratorium on immigration until our unemployment rate is down and the economy has recovered. So I think it is important to do that and to work for Canadians first, and that’s what we are doing at the People’s Party.

Sputnik: The Liberal government says that immigrants will make a valuable contribution to the economy. Canada’s Immigration Minister Marco Mendicino recently said that “immigrants are putting food on the tables of Canadians”. Would you agree with his statement?

Maxime Bernier: Everybody knows that it's a cost for the Canadian society in the beginning. It can take maybe five or ten years before refugees and immigrants are doing more money than Canadians, and there is a cost for that. But, in the end, yes – that’s why we want to focus on economic immigrants.  And that’s why – when you have economic immigrants, when you have a person that will come here with a job, there is no cost for the society.

But when you have a lot of reunification of families and people are coming under refugee status, that's a cost for the society. Our position is clear: it’s a moratorium on immigration for now, until the end of this crisis. And after that, we are for a maximum of 150,000 a year, and we want to have more economic immigrants and no more reunification of families.

So, like that, the people who will come to our country will contribute to the country right now. But we must admit that there is a cost when you have a lot of refugees who are coming to our country.

Sputnik: In a recent video address you mentioned that it’s not only Trudeau’s Liberals – it’s also the Conservative party leadership who are supporting the government’s immigration plan, as well as other initiatives. Do you think Canadian voters approve such solidarity between the governing party and the opposition?

Maxime Bernier: First of all, I want people to understand that the Conservative Party of Canada and the Liberal Party of Canada – they are the same on very important issues for our country, starting with immigration – they are all for more and more immigrants. And that’s not our position: as you know – a moratorium, and after that, we want a maximum of 150,000 a year.

So, [the Leader of Conservative Party of Canada Erin] O’Toole has the same position on immigration as Justin Trudeau. And on climate change – it’s the same thing: every party wants climate change, and we have a position that is different - we won't sign the Paris Accord.

Sputnik: Your party – the PPC – was unable to secure seats in the House of Commons during last year’s federal election. But you still have a lot of support, including mass following on social media. Do you have plans for future political campaigns?

Maxime Bernier: Our goal is that we’ll have 338 candidates, so we will have a candidate in every riding in this country. That’s important, because we want to give the opportunity to every Canadian to be able to vote for the People’s Party of Canada. And we’ll be there, we'll do a strong campaign.

You know, we had 1.6% of the votes at the last general election, but, you know, it took 20 years and 6 elections for the Green Party to have more than 1.6%, and we did that in our first year. So, we will increase that, and my goal, as the leader of the People’s Party of Canada, is to run in the riding of Beauce in Quebec, where I didn’t win with the 28 percent of the vote, so I think I’ll be able to win back my riding. And maybe I won’t be alone in the Parliament – maybe we’ll have a couple of other candidates that will be elected.