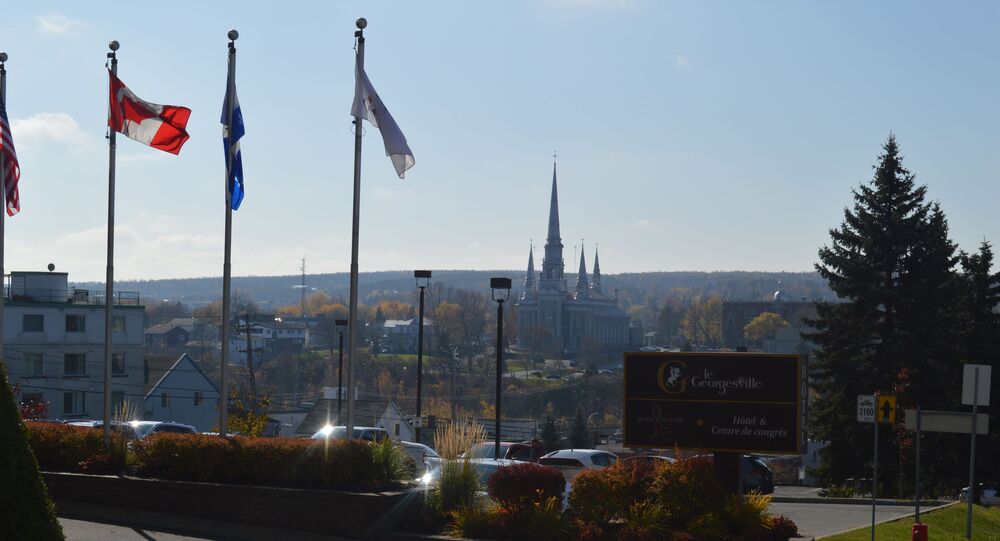 Canada's PPC will not be getting any seats in the House of Commons as a result of Monday's federal election. Nevertheless, party leader Maxime Bernier has stated that "it's only the beginning", and he aims for better results in the next election.

It's been a tough campaign for Maxime Bernier, a small group of party staffers, and more than 300 candidates nationwide. A former top member of the Conservative camp, Bernier formed the People's Party of Canada in 2018 and says that it has become the fastest-growing political force in Canada.

Tense moments for PPC’s Maxime Bernier, his family and his supporters, as they were waiting for the results of Monday’s federal election. Despite the loss of the PPC, Bernier’s and his team are firm in decision to go on and to prepare for next election. pic.twitter.com/vGJQB1KDB5

​Bernier managed to recruit a large number of candidates all over Canada in a short period of time, and he is convinced that by the next election the party will grow further and get more recognition.

"For sure, that's only the beginning, and we did a lot in one year. I think next time we'll be more ready. What we achieved in a year – it's big, but we did not have a lot of time, but in the end, we'll have two years before the next election", Bernier says.

The PPC’s final numbers are likely to stay below 2%, which were suggested by pre-election polls. Nevertheless, the party achieved these results in a year, which is rare for Canada, where "old parties" - liberals and conservatives have been dominating national politics for decades pic.twitter.com/NQ1MGhr513

​The PPC's platform is based on stopping the practice of official multiculturalism, ending Canada's "open border" policies, cutting taxes, and balancing the budget.

Bernier's party has become known for its extensive use of social media, and for being attacked by the supporters and leaders of the Conservative Party of Canada.

Is it Scheer’s attack dog, Warren Kinsella, who orchestrated finding a Rhinoceros party candidate named Maxime Bernier in Beauce to sow confusion and steal votes from me? https://t.co/aU50LGL9xi

​Several days before the election, Canada's Globe and Mail reported that a PR firm, Daisy Group, was allegedly hired by the Conservatives to smear the PPC. Bernier filed a complaint with the authorities to investigate the claim.

Another blow to Bernier's campaign came as the satirical Rhinoceros Party decided to endorse a candidate named Maxime Bernier - the PPC leader's "double" with no previous experience in federal politics, which may have led to confusion among voters in Bernier's home constituency of Beauce.

"We said that we wanted to be sure, that at the end what the Conservative Party of Canada did with [Daisy Group strategist Warren] Kinsella, we tabled a complaint with Election Canada, we'll look at all options about that. We want to know what happened and what they did", Bernier continues.

While talking to his supporters on election night following the news of PPC's loss, Bernier said that his party's platform will not alter any of its key promises, including closing the country's "open borders".

A loophole in border agreements between the US and Canada allows asylum seekers to enter Canada outside an official port of entry and to make a refugee claim – something which has been happening at the Roxham Road crossing in Quebec for more than two years now.

Many of his supporters say that there is a problem with Canada's border, and it's in Quebec, at Roxham Road. When asked about his planned approach towards the issue of illegal immigration, Bernier reaffirmed the need to speak "about that a little bit more".

"And we opened a debate on immigration, and that’s a very important debate that we must have in this country and we will continue to speak about it", he concludes.

​Since Justin Trudeau's Liberal Party has failed to get the 170 seats in the House of Commons necessary for a majority, they will become minority government, which, according to Canadian political tradition usually leads to by-elections within the next 18 months. So it's likely that the People's Party of Canada will use this chance to once again enter the political fray.