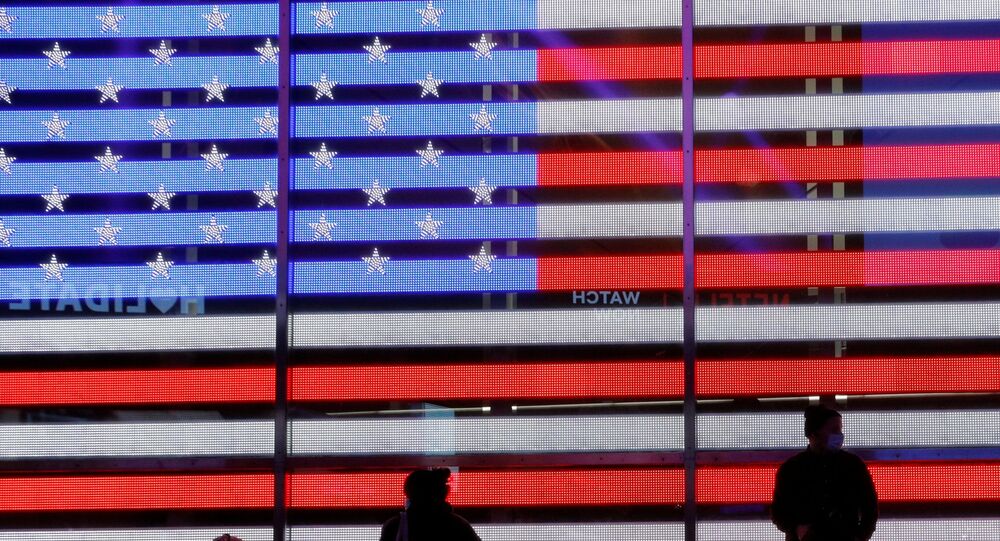 MOSCOW (Sputnik) - The overreliance of the US Democratic party on opinion polls has seen them fall way short of expectations and may see them pay the ultimate price for their miscalculations, experts said as votes continue to be counted.

Opinion polls heavily favoured Democratic contender Joe Biden to unseat incumbent Donald Trump in the leadup to the 3 November election. With a record turnout for early votes and mail-in ballots, pundits far and wide had gloated that the election was likely a done deal for Biden. But as things stand, Trump has snatched swing state Florida, bagged Texas’ 38 electors, and maintains a sizeable lead in the key states of Pennsylvania and Michigan.

"Polls this week show former Vice-President Joe Biden with a lead nationally by 10 points. Two weeks ago, Biden was ahead by 11 points. But polls can be misleading and voters may vote differently when they step alone into the ballot box,” Erika Simpson, a professor of international politics at the University of Western Ontario, said.

If the election day results were not a clear blowout for any one candidate, many experts feared a lopsided counting process for the election, whereby it may seem one candidate is in the lead by the times polls close but results will gradually tilt the other way as mail-in ballots get counted. This may lead to litigation and a drawn-out legal battle.

© Photo : W.Scott
GOP Fiercely Pushes Back Democratic Onslaught Amid Battle for Control of US Senate

In an address to his supporters on the night of the election, Trump confirmed such a scenario would play out by vowing to go to the Supreme Court in order to halt vote counting well after polls closed.

Mack Shelley, University Professor and Chair at Iowa State University’s Department of Political Science, told Sputnik that this turn of events may mean no winner can be announced for days.

“There is some evidence of both a ‘blue mirage’ and a ‘red wave,’ although at this point Trump is in better shape than pre-election survey results had suggested. The election-day votes in some areas are very strongly pro-Trump. If the presidential outcome depends on Pennsylvania we may not have a resolution until perhaps the end of the week,” Shelley said.

This is owed to the Democrats' tendency to build election strategies heavily based on opinion polls and systemically fall short of expectations.

“A fundamental reality is that Democrats have not been able to follow through successfully on plans based on what opinion polls had suggested would be the road to success, so if Biden wins it will be just barely,” Shelley said.

A complete upset of all opinion polls was still within reach as “the Democratic party is famous for ‘snatching defeat from the jaws of victory’” Shelly quipped.

As of the time of this writing, Biden was able to flip only Arizona, claiming its 11 electoral college votes that went to Trump in 2016. Biden holds a slim margin in Nevada, while Trump leads in all of Alaska, Georgia, North Carolina, Michigan, Wisconsin and Pennsylvania, with a total sum of over 70 electoral college votes, although it is still too early to call.