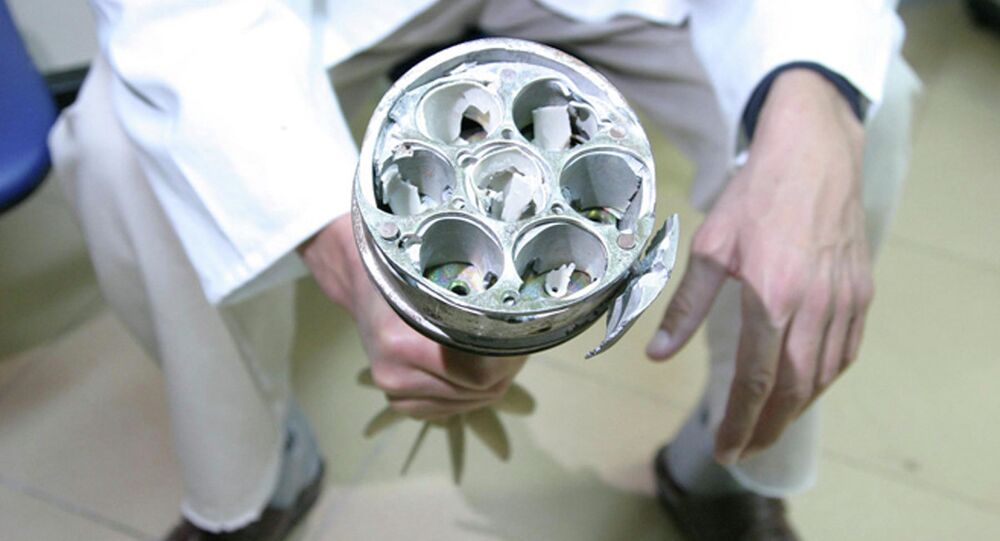 As hue and cry rises in US media over whether Russian security contractors are involved in the Libyan civil war, one activist told Sputnik the US has no room to judge, since it created the chaos in Libya and deploys its own mercenaries around the globe.

Furor has been growing in US elite circles about the ostensible arrival in Libya of Russian security contractors from the Wagner Group. The hawkish foreign policy think tank Center for Strategic and International Studies (CSIS) called the civil war “Moscow’s next front” in a June article, and Beltway mandarin staple Foreign Policy warned last October that the Wagner Group, “a shadowy mercenary outfit waging secret wars on the Kremlin’s behalf from Ukraine to Syria to the Central African Republic, seems like something from a Tom Clancy novel.”

Then, on Tuesday, US national security adviser Robert O’Brien made a statement that condemned “foreign military involvement, including the use of mercenaries and private military contractors, by all sides” in Libya.

“The ongoing efforts of foreign powers to exploit the conflict – for example, by establishing an enduring military presence or exerting control over resources that belong to the Libyan people – pose grave threats to regional stability and global commerce,” O’Brien said. “Furthermore, these efforts undermine the collective security interests of the United States and our allies and partners in the Mediterranean region. Escalation will only deepen and prolong the conflict.”

Netfa Freeman, a policy analyst with the Institute for Policy Studies, organizer with Pan-African Community Action and member of the coordinating committee of the Black Alliance for Peace, told Radio Sputnik’s Political Misfits on Friday the US often purposefully ignores the historical context of its own meddling in order to present itself as a benevolent actor.

Freeman told hosts Michelle Witte and Bob Schlehuber that while the US backed Field Marshal Khalifa Haftar as a way to overthrow former Libyan leader Muammar Gaddafi in 2011, now that his faction in the civil war is no longer behaving as Washington would like, such as being backed by certain countries, the US is attempting to “rein them in.”

“The United States is really angling, really trying to situate itself as a world power in competition with Russia and China, and Russia and particularly China [are] strong in Africa,” he said.

However, Haftar’s Benghazi-based faction also enjoys the support of France, Saudi Arabia and the United Arab Emirates, about which Washington has never seen cause to raise alarm.

Freeman said any and all US pleadings about promoting stability in Libya are “completely disingenuous,” since it is responsible for attempting to sow instability in the North African country since Gadaffi, a noted pan-Africanist and Arab socialist, overthrew the Western-backed monarchy of King Idris in 1969.

He said that US reports such as that by Defense News on Thursday titled “Libya is turning into a battle lab for air warfare,” only discuss specific issues in the Libyan war and not the overall conflict, or the lives of ordinary Libyans turned upside down by it, because that would reveal the US’ own complicity in destroying what had been the most prosperous country in Africa until a decade ago.

“You can’t talk about the complexity in Libya, like they would have us believe in Syria, and not talk about the United States being responsible for destroying a stable country that was actually very pan-Africanist and moving to actually consolidate the continent in a lot of ways,” Freeman said.

“A lot of what the US does and is dependent on is omitting complexity and context of situations. Even when they’re reporting on Syria, they can’t talk about the complexity and give full context to things because they’re actually very culpable in what happens in Syria. So, what they have to do is leave out their culpability and any kind of the destructive situations and make it seem like they’re on the side of altruism and good. And the only way to do that is, you have to simplify things. You have to dummy it down, you have to leave out major swaths of historical context, and also, the different contending forces within a situation,” Freeman told Sputnik.

© AP Photo / Geert Vanden Wijngaert
In this March 28, 2011 file photo, a Belgian pilot gestures as he sits in the cockpit of a F-16 fighter jet after he returned from a mission to Libya, at Araxos airport in Kato Ahaia, Greece.

In a recent story on the Black Agenda Report, Freeman put a spotlight on US Africa Command (AFRICOM), one of these contending forces. On its website, the Germany-based command says its mission in Africa is, in part, to “promote regional security, stability and prosperity.”

“The one thing that they gloss over in that mission statement is their regional interest. Their most interests are oil and the domination of African resources and land and whatnot. It’s actually AFRICOM that’s responsible for a serious, major drone war in Somalia, all in the guise of trying to fight back al-Shabaab. Which again, if we go back to the history of Somalia, before al-Shabaab, al-Shabaab emerged out of intensified contentions in Somalia that the United States created in invading Somalia in the 1990s. And so now they’re going in, in the guise of helping them fight Islamic terrorism, extremism, stopping a situation there that they are in fact responsible for.”

Freeman noted the US has done the same thing in other countries, such as engineering a coup d’etat in Mali in 2012, creating the opportunity for “recolonization” of Africa.

“They weren’t able to get in during the Berlin Conference of the 1880s,” when European imperial powers drafted the rules by which they would split up the African continent between themselves, “but with this dominance of the World Trade Organization and World Bank [type of] financial institutions, and with the cooperation, using African militaries and the comprador class those African militaries protect as proxies, they’re able to now dominate the continent of Africa. And they’re trying to jockey and contend with the emerging forces” of China and Russia in Africa, he said.

“So we have to remember, those interests are not our interests, particularly if you’re of African descent. Our interests are with the masses of African people on the ground,” Freeman said, noting that “AFRICOM is the flipside of the 1033 program. The militarization of Africa is the flipside of the domestic militarization of our Black and brown communities right here in the United States. So we have to remember that when we start thinking about what these interests these politicians try to claim they’re protecting.”

Freeman said two groups in which he organizes - Pan-African Community Action and the larger Black Alliance for Peace - are working in the US to raise awareness and generate political action to remove US troops from Africa.

“In Black Alliance for Peace, we have a campaign: ‘US out of Africa! Shut Down AFRICOM.’ It’s building an organizational arm, the US Out of Africa Network, to expose AFRICOM, deliver pressure on policymakers at every level, not just in the US but around the world, about the illegitimate efforts of AFRICOM, the nature of AFRICOM, trying to make sure the people on the ground, the masses, can … mobilize for direct actions, whatever it takes to get the US out of Africa and to expose it as not legitimate. It’s not something that’s moral or altruistic or benevolent or has any other purpose but the exploitation of African resources and labor,” he said.