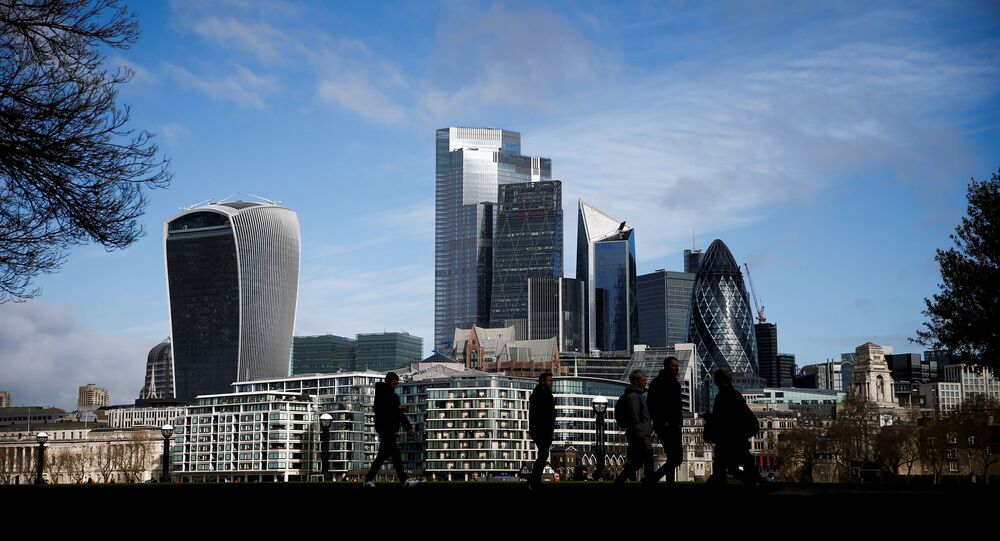 The Resolution Foundation think tank has warned that Britain needs to embark on its biggest peacetime job creation package, in order to prevent the worst unemployment crisis seen in a generation.

Nafis Alam, Professor of Finance and Head of School of Accounting & Finance at Asia Pacific University of Technology & Innovation (APU), believes that the situation unfolding in the wake of the coronavirus pandemic is unprecedented and a coordinated effort between the different sectors of economy is needed to bring economies back on track.

Sputnik: How important are these findings that are being presented in the media? Is the Resolution Foundation right in calling for a focus on job creation?

Nafis Alam: I believe definitely yes. Not only for the UK but for the whole world. We are facing this unprecedented situation at the moment. In fact, even the IMF and the World Bank have predicted this to be one of the worst crises to happen after the Great Depression. So definitely there is a lot of effort needed to bring economies back to the normal. The stimulus package, which was announced earlier, was more towards the recovery of the economy, but now you also have to see it how the economy can get back to the normal. That's why they need to look into the overall coordinated effort between the different sectors of the economy.

Sputnik: Is Britain’s government doing enough to invest in jobs and ultimately protect against unemployment?

Nafis Alam: It's difficult to say if the government is doing enough. No country wants to go through this period of crisis for a long period of time and they need to really look into how they can come back to the normal. It's a big economy and the UK has been caught in the trouble, they were still coming out of the whole Brexit saga when this pandemic struck, so then not only have to look into how they come out of the Brexit but also to look into the COVID-19 impact.

© AP Photo / Oxford University Pool
COVID-19: Virologist Says UK Still Has a Long Way to Go to Get Back to Normal

It's not going to be that easy for the finance minister or the Economic Planning Committee under the Prime Minister's department. It will take a lot of effort in doing that and to come back to the normal and anything at this level is not going to be the enough because at least we are going a couple of years back of all the developments that happened in the UK and at the time when the EU is putting pressure in terms of the of the Brexit bill; at a time where the companies are leaving the UK and shifting the base in the other part of the EU... It might be difficult, it might be tricky, but it's a long way ahead for the UK government.

Sputnik: On the back of these conclusions what should the government do in both the short and long term, regarding job creations?

Nafis Alam: It's all about creating the liquidity and financing for the overall economy. It has to be so that all the factors: whether it is the financial sector, whether it is the is the manufacturing sector, whether it is the government effort, they all have to work in a coordinated way. At the moment, the key thing is to create liquidity in the market. The key thing is to create the financing options available to the parties because in order to create job you need manufacturing to pick up. In order to pick the manufacturing up, you need to create financing for these businesses - especially the small and medium enterprises will be again a key. Financial sectors are not doing good, the oil and gas sector is not doing good, logistic and transportation are also reeling.

So, it has to be a well-coordinated effort among the all the important sectors within the British/UK economy, which has to work together. So, a lot of pumping is needed from the government. They have to identify the key sector where the financing can be made available, they have to work with the commercial banks, they have to work with a central bank to provide enough funding at the attractive rate. Also boost the productivity of different sectors and look into some of the more coordination efforts with their trading partners, to see how they can import things with raw materials which are needed for the industries in the UK. At the same time, they also need to look for the market where they can export the goods. So, it's going to be a challenging task ahead and given the scenario, I'm not looking at anything positive until the end of this year, so it might go into the middle of the next year when the economy will become stable again.