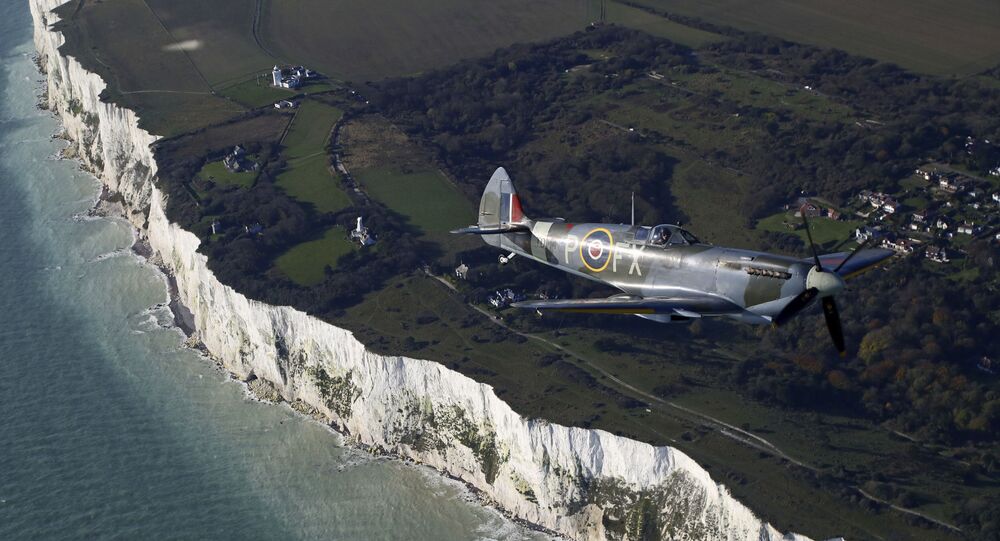 Jersey MBE Holder on Nazi Occupation of British Channel Islands: We Had ‘No Contact With Anywhere'

As preparations to celebrate the 75th anniversary of the end of World War II in Europe on Friday get underway, the holiday will mark a particular significance for the residents of the British Channel Islands.

Situated off the coast of Normandy; they were the only British territories to be occupied by the Nazis during the conflict.

Bob Le Suer; Centenarian and Jersey resident who was awarded an MBE for his efforts in assisting escaped Russian prisoners who were brought to the Island by the Nazis, recalled his memories of the occupation.

Sputnik: How was civilian life affected in Jersey during the Nazi occupation?

Bob Le Suer: We had no contact with anywhere outside of the islands, except you could write a letter; which would be censored, to somewhere in Europe, and the only contact with England was by twenty five word messages sent through the international Red Cross.

The shops were full when the Germans arrived, but slowly they emptied and virtually nothing came from outside, except a few essentials, so whatever clothing we had in our wardrobes in 1940; we had to make do with that clothing for five years, whatever furniture we had, we just had to make do and make it last.

Orders came out of course, that private cars could not be used, except for a few people who had a license to drive, such as doctors, district nurses, and a few very important island Government officials, there was a curfew from ten o’clock until six in the morning, we were not allowed to listen to the BBC for news from outside, we did have a local newspaper which printed German war news.

A surprising amount of normal life continued, of course we rode bicycles or we walked, there were buses; which were incredibly crowded, an ordinary bus as is used in London today, single decker bus, would be carrying eighty people probably, and there were Germans among them.

Sputnik: Did the German occupation put a strain on the island’s food resources?

Bob Le Suer:  We had a lot of German soldiers in the island, and at one time in this one island, Jersey; there were close on thirty thousand German troops, and there were probably two or three thousand foreign forced workers, in addition to the local population.

We were all trying to eat, within one hundred and sixteen square kilometres, or in forty five square miles in English talk; what that small area could produce, in other words we were progressively very hungry.

Sputnik: How many Russian prisoners of war were brought to the Channel Islands over the course of the conflict?

Bob Le Suer: A whole lot of Russians and Soviets were brought into the island as labour, they were partly prisoners of war, they had been in the military, and most of them were actually civilians just picked up in their own villages, and these civilians were for the most part from either what is now the Ukraine, or Belarus, but the ones with which I was most closely involved were genuine Russians, who had been in the military.

Sputnik: Could you describe your first encounter with a Russian prisoner of War?

Bob Le Suer: I worked in insurance, and I had reason to call on an elderly, or at least middle-aged woman, she was in her fifties; but of course, I was very young, and when one is young, anyone aged forty is definitely middle-aged, and by the time that they are fifty, they are old, and I considered her as elderly, and she had insurance with us, so I had to go to her house, and there I met a young man, who she introduced as saying he was French.

© Sputnik / Viktor Temin
75 Years of Victory: Capture of Berlin by Soviet Forces in 1945
23
I was twenty-two at that time, and I immediately recognised that although his English was quite good; it was not the English of a French person with that accent, and I was suspicious that he might have been an escaped Russian prisoner, and I thought that this woman is doing something quite dangerous, and I will keep my mouth shut about this alleged Frenchman, but I had to go back to see her a few days later, and the “Frenchman” was still there, and she then openly told me “I told you he was French, but it isn’t really true”, so I said “he’s a Russian, isn’t he?” and she said “yes” and I said “you must be terribly careful”, “you must not introduce him to people, anyone else like me; will realise that he doesn’t speak English with the accent of a Frenchman”.

She was very brave, and her motive was primarily humanitarian, and there was partially another motive, which was one of defiance, but that woman was eventually arrested and finished up in a gas oven in Ravensbruck concentration camp.

Sputnik: How dangerous was it for a local Channel Islander to actively help Russian prisoners of war?

Bob Le Suer: I did help a number of other Russians, but there is no time to tell you how I got to know them, and I how I came to help them, and how I was able to do so.

I was so fortunate and so lucky to be given the chance to do so, and I was clever enough never to mention to my closest friends, what I was doing, unless it was absolutely essential that they would know.

If somebody knew; they might be arrested or interrogated, and people could not divulge, what they did not know.