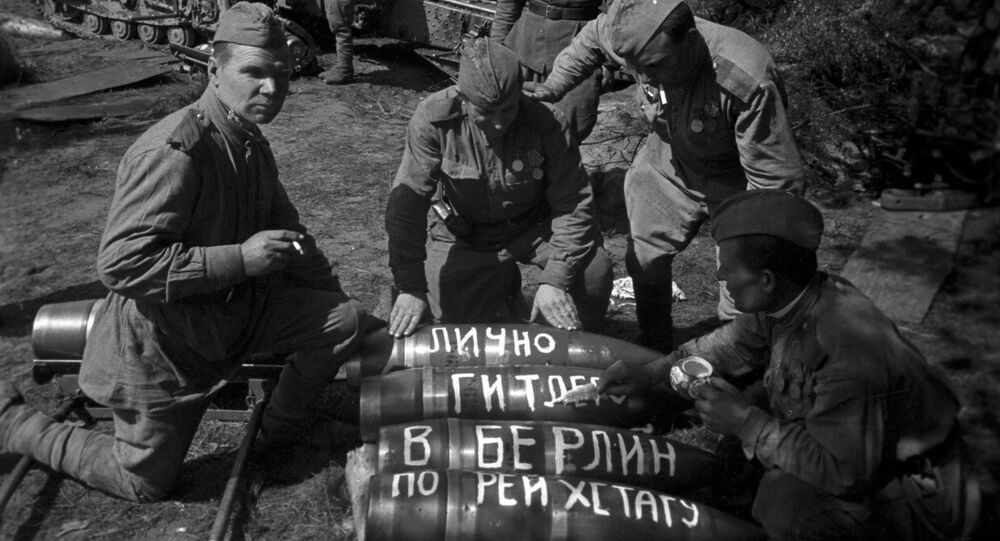 Historian on VE Day: People ‘Ought to Remember’ the Brave Men Who Fought in WWII

Tomorrow Friday the 8th of May, will mark 75 years since the allied forces in Europe marked victory over Hitler’s axis powers in World War II, a conflict that left significant political and economic scars in its wake.

A key factor in the allied European war effort was the effectiveness of the Arctic Convoys, which allowed troops from North America and the UK to deliver supplies to the Soviet Union, from 1941 until 1945.

Francis Russell, co-chairman of the Russian Arctic Convoy Project and Museum gave his views on the matter.

Sputnik: What was the Arctic Convoy and how important was it to the allied war effort during World War II?

Francis Russell: It all started with the German invasion of Russia in the June of 1941, and at that point; Winston Churchill decided that the UK had got to help the Russians, so by August the first convoy of war material sailed from the UK up to the polar inlet.

From then onwards until the May of 1945, there was a constant stream of convoys going up, coming across from Canada, America and from Britain, sending in a huge amount of war material to help the Russians defeat the Germans.

Sputnik: Did the Arctic Convoy help solidify the alliance between Britain, the US and Russia during World War II?

© Sputnik / Viktor Temin
75 Years of Victory: Capture of Berlin by Soviet Forces in 1945
23
Francis Russell: I think it was Churchill who said “My enemy’s enemy is my friend.”  The relationship between the UK and the Soviet Union and the United States was not the best leading up to the war, but it was seen as necessary to keep Russia in the war, because it provided a further front if you like.

The Convoys; although they were only a small campaign in terms of people involved, played a very important role in the overall outcome of the war, and what we are trying to do with this museum, which is dedicated to the Arctic Convoys, is to make sure that history is preserved, because a lot of people are not aware of it, and it has played a crucial role in history, and people ought to remember the brave men of all sides, who took part in that pretty grim campaign.

Sputnik: Has the world truly learnt from the horrors of the Second World War?

Francis Russell: I think history shows that we never seem to learn at all, we go through a short period of saying never again, and then something else pops up and it all starts. It would be lovely to think that there will be no more global wars, but there is no way to guarantee that, that is for sure.

The geo-political situation at the moment is pretty fragile, but hopefully there is enough common sense amongst the leaders of the world, to make sure that it remains just fragile, but no worse than that.