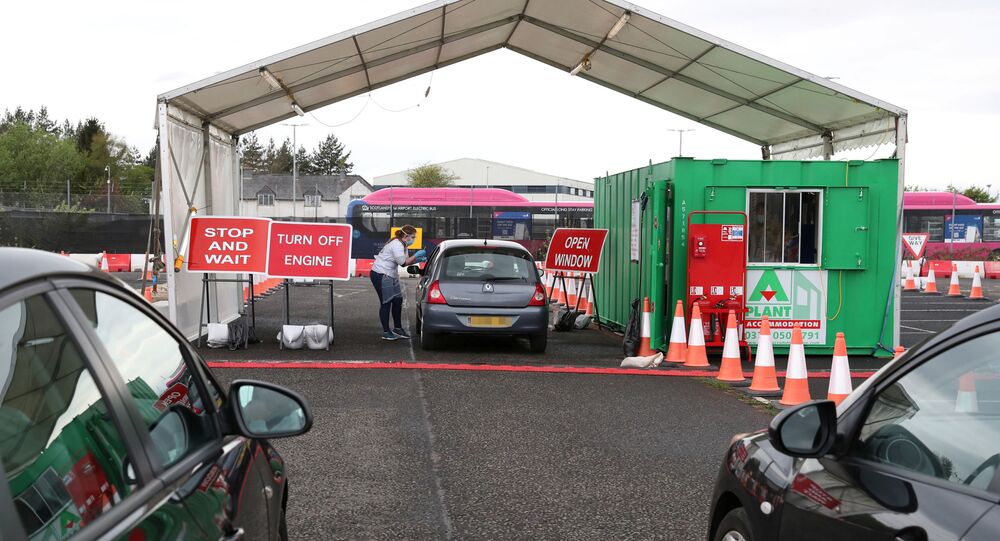 'What Matters is Where We Started, When We Entered COVID-19 Pandemic,' Professor Says

British Airways is to make up to 12,000 staff redundant in response to the coronavirus pandemic. The airline has cut 94 per cent of its flights and its parent company lost almost half a billion pounds in the first three months of 2019, with much heavier losses expected.

Looking at how vulnerable the UK economy is what Britain can do to boost productivity, Sputnik spoke to Professor Jun Du from the Ashton University Birmingham.

Sputnik: Is the UK economy more vulnerable to COVID-19 than say some other countries?

Jun Du: In my view, the vulnerability of the UK economy because of this crisis really depends on four things. First of all is the starting point.

The second is the damage that has occurred during this pandemic and third of all the government response and the effectiveness of such responses and fourth of all, it's the response from businesses. First of all, what matters is where started when we entered this surprising pandemic. I would say overall the global economy was in good shape.

Obviously, we have long term productivity challenges both in the long run and short term. We had various issues with different aspects of the economy but overall the UK economy was in good shape and given the new government had announced a new budget in 2020, so there was a hope that the economy will be boosted.

I would say the starting point of the UK economy before the pandemic was pretty solid. Overall, I think that the businesses have responded with to this crisis with strong resilience and at the same time from the IHS market index we see the business optimism index has been actually up in April compared to March so businesses are adapting very quickly.

Overall, I don't think the UK is in a weaker position or more vulnerable than other peers. Of course, there are always more creative ideas and better practices from other countries and also, we need to really keep an open mind.

Sputnik: Is there any hope for the UK economy?

Jun Du: I don't think there's any question about the severity of this damage. I think is unprecedented we're going to have a long period, probably years, to really recover and bounce back but at the same time, we need to be mindful that the nature of this crisis is very different from the nature of the previous crisis for example in 2007 and 2008.

If we don't take this opportunity and turn the crisis into opportunity then you know the opposite will be the scenario that leaves us with low productivity, low pay, low employment, the low investment really for the business and the low value adding ability. Therefore worldwide the UK will be in the lower end of the global value chain and lower comparative advantage as a nation and therefore, in short, low prosperity in many ways in the long term.

Sputnik: How can the UK economy address serious long-term issues around productivity?

Jun Du: I think you are asking a million-dollar question. This is the one big question for many economists and policymakers to answer and address. In order to think about what remedies would work to cure a disease we have to understand what were the roots of the problems.

© REUTERS / SIMON DAWSON
UK Coronavirus Lockdown 'Should be Lifted Sooner Rather Than Later' – UKIP Scotland Leader
Now we have 16% or 17% gaps in terms of labour productivity with other countries in Europe in the G7 and in the last decade, we have concluded that there's no single factors.

We don't have a miraculous medicine to inject to the economy where once we fix that everything will be fine. As we know that in the economy, everything's linked with everyone, everything else, so it is useful to be mindful that the last financial crisis, and this current crisis, will end up with cleansing the economy in a way that some not viable businesses are are going to die.

This is inevitable and at the same time, it's helping the whole economy to become more productive.