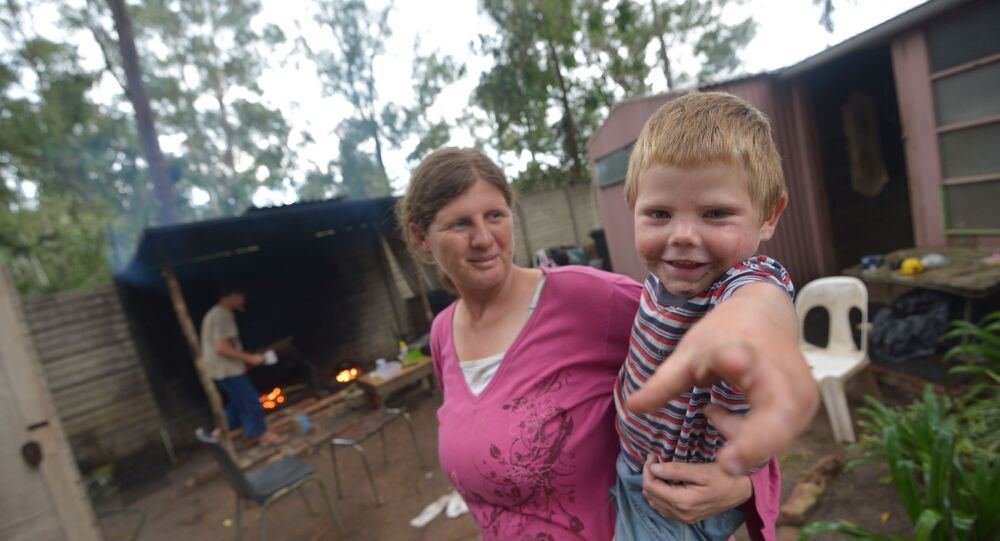 As the coronavirus pandemic spreads across the African continent, South Africa’s white Boer and Afrikaner minorities might be among those who are hardest hit due to lack of medical supplies, economic pressure and hate crime.

By 9 April, according to data from Johns Hopkins University, South Africa had 1,845 registered COVID-19 cases, and 18 coronavirus-related deaths. The pandemic may become especially tough for the thousands of white Boer and Afrikaner people living in the country’s squatter camps, while also affecting the middle class – says Ruben Rosiers, a representative of the Afrikaner cultural town of Kleinfontein in the EU, who discussed the situation with Sputnik in an interview.

Sputnik: There are dozens of squatter camps in South Africa, with some of them populated mostly by Afrikaners. You personally visited at least two such places – Munsieville and Danville, while delivering humanitarian aid several years ago. What is happening there now, and how are the locals dealing with the spread of the coronavirus?

Ruben Rosiers: Even before the crisis, the situation in the squatter camps wasn’t perfect – to say it nicely. The government is letting those people down, and they depend on NGOs and gifts. They live in a very small area with a huge population. So, social distancing is a bit hard there – first of all. Secondly, it’s a bit hard to reach those people. Thirdly, even before this situation it was bad, so you can imagine, when bad gets very bad, or awful, or even “impossible” – and that’s the situation now. Those people don’t even have money for food, so, imagine – if they have to go to the shop now to buy hand gel or hygienic products. In many camps there is no clean water even in normal days, so, if they are being asked to wash their hands 24 hours a day – you can imagine how things will go there.

Sputnik: Crime against Boer and Afrikaner people was on the rise in South Africa even before the pandemic started. Do you think that the risk of farm attacks in South Africa will increase further?

Ruben Rosiers: They will not stop, of course. The streets will be closed, but, of course, criminals never sleep. And, I think that the situation will get worse. I think it will get worse after several weeks, because people who were already experiencing difficulties – now they are “falling over the edge”. When you could survive, and then you have this crisis – maybe you can’t survive anymore. And maybe you become more frustrated, and you get more angry, and the propaganda of the political extremists will be even more successful. When you don’t have food and somebody tells you – “hey, the other one’s got food”, maybe some more people will fall for that story. And that worries me a bit.

#FarmAttacks #March2020
Whilst South Africa is on lockdown, our farmers are still facing danger every day! Farm Attacks and murders are continuing. 😢 @LanaMarks @buffalobartlett @StateDept https://t.co/TKH3nIii9Q

​Sputnik: Boer and Afrikaner minorities have European roots – these people are the descendants of the Dutch, French, German, and other settlers from the "Old World", and in the past they were getting some support from the EU. But now Europe has troubles of its own, with internal border closures and problems securing medical supplies. Do you think the EU will be able to support the Afrikaners now?

Ruben Rosiers: Well, the Dutch government has some interest in the situation. They are the only government that “made some noise” over the situation. Some other countries, like Sweden, for example - they will do everything to destroy the Afrikaners. But, generally speaking, the governments are watching their own issues now. The biggest problem now is that Afrikaner middle class is suffering, because the economy is going down, especially after the electricity issues with Eskom, because you can steal for many years, but at a certain point you can’t steal anymore when something is really empty. So, Afrikaner businesses are already under a lot of pressure. They had to pay a big part of the tax burden, so that the growing population could enjoy welfare. But now many businesses can’t take it anymore, so, I think, maybe, if European countries will see that Afrikaner businesses will go bankrupt, and the economy, which is being held up in a big part by the Afrikaner enterprises, will really fall, then some “lights” will maybe turn on.