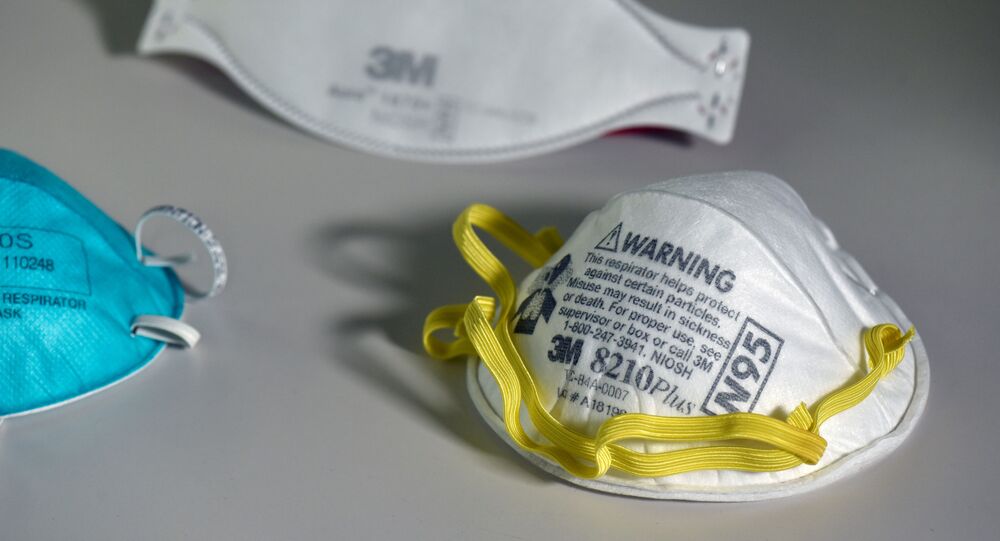 The Chinese-made face protection of classes FFP2 and FFP3 was initially ordered by the German government from an American firm amid the COVID-19 outbreak in the country.

200,000 protective masks meant for German police officers have been intercepted and diverted instead to the United States, the Tagesspiegel newspaper reported on Friday, citing Berlin security sources.

Berlin's state minister of the interior Andreas Geisel (SPD) has confirmed that the masks had not reached their initial destination, saying, "We consider this an act of modern piracy. This is not how you deal with transatlantic partners".

According to Tagesspiegel, the protective equipment used to protect against the spread of COVID-19 was produced at a Chinese factory belonging to an American manufacturer. 400,000 masks were ordered by the German government in total, while part of the delivery - 200,000 - were supposed to be sent to Germany from the Bangkok airport.

Police chief Barbara Slowik told Tagesspiegel that they attribute this to the US government's export ban.

The White House has rejected the reports of mask confiscations, calling it "completely wrong" while also claiming that the US has loads of medical supplies back at home, the German online portal T-Online said, citing a senior government official.

Germany has registered more than 90,900 cases of COVID-19, according to the count by Johns Hopkins University, with over 1,200 fatalities.