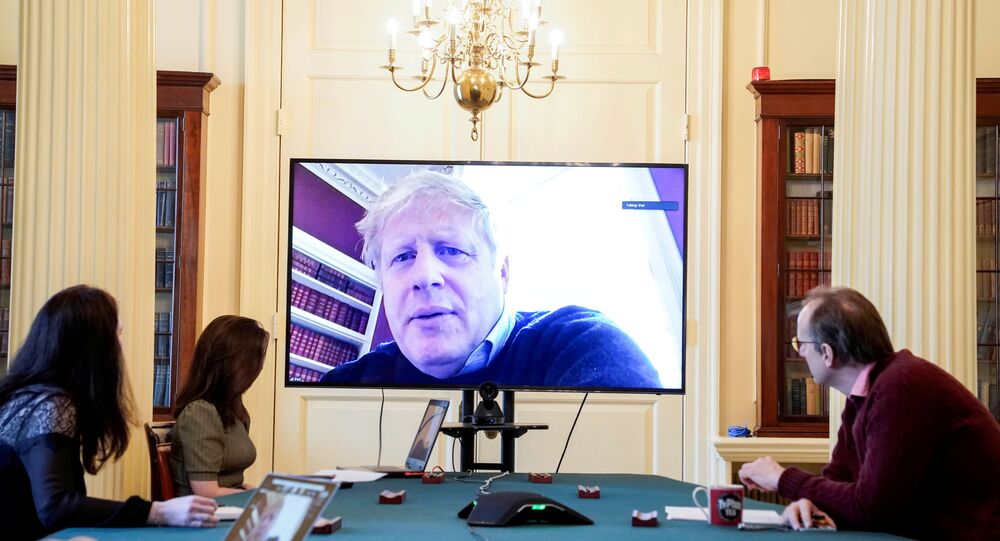 COVID-19: I Would Suggest PM Johnson to Sleep, Reduce Stress and Listen to Medical Advice – Doctor

Britain's Prime Minister Boris Johnson has been urged to hand over power temporarily if he does not recover quickly after being hospitalised with COVID-19 late on Sunday. The advice comes from Bob Kerslake, a former head of the civil service, who suggested that Dominic Raab the so-called ‘designated survivor’ should take over at No 10 if necessary.

With more on this story, Sputnik spoke to Dr Dean Eggitt, a general practitioner from Doncaster, in this interview.

Sputnik: If we move on from the politics and focus on the medical side of the story, just how serious is the Prime Minister’s condition? What sort of symptoms is Boris Johnson likely to be experiencing after being hospitalised with COVID-19?

Dr Dean Eggitt: Coronavirus is a flu-like virus, which is obviously spreading far more rapidly than typical flu or coughs and colds would do. It also seems to create a much more serious illness, especially in those people who are rundown, in the older age groups or have other medical problems.

The obvious symptoms of the COVID-19 disease that we all know of are the cough, which is typically a dry cough that's persisting at least lasting several hours but going into days if not weeks and quite a significant high temperature as your body mounts the immune response to this. The sort of symptoms

that somebody will obviously feel would be a cough, high temperature, muscle aches and pains and generally feeling pretty tired and rundown. We're also seeing quite a few people with nose pains, throat pains, loss of sense of taste and smell and even eye symptoms such as a runny and sticky eye.

Sputnik: Regarding this advice to hand power over if his condition does not recover quickly… would this be sensible thing for Boris Johnson to do? What effect will continuing, as he may have done before, have on his health and the health of others?

Dr Dean Eggitt: Obviously, I can't comment on the role of being Prime Minister but we do know that illnesses tend to be worse when you're tired and rundown. That's not simply be, because you're tired, there's chemistry behind this and there's genuine medical facts behind this. When you are tired when

pressure, this puts an extra strain upon your body. When you're fighting an infection at the same time it may be the straw that breaks the camel's back and this is why us doctors when we're advising people when they're poorly, is to rest. It's not just because we're being kind and compassionate, this is the

body's way of having to restore itself and put all of its power towards fighting illness rather than just fighting the stress of a day.

© REUTERS / Andrew Parsons/10 Downing Street/Handout
UK PM's Spokesman Says Boris Johnson is Not on a Ventilator
Sputnik: Is it likely that the Prime Minister will recover or is he still at risk of seeing his condition worsening over the coming days and weeks?

Dr Dean Eggitt: One of the interesting things about the COVID-19 disease is so far, it's only predictability. It's a new disease so we don't know a great deal about it and we can't really yet understand why some people are more likely to succumb to it than others. So, it's really difficult for us to predict

whether or not some is going to fall ill even quite rapidly with this condition. It seems to be a case of watching and wait and treat everybody as carefully as we possibly can. But all I would suggest to anybody and indeed our Prime Minister is to reduce stress, try and get as much sleep as possible and listen to medical advice.