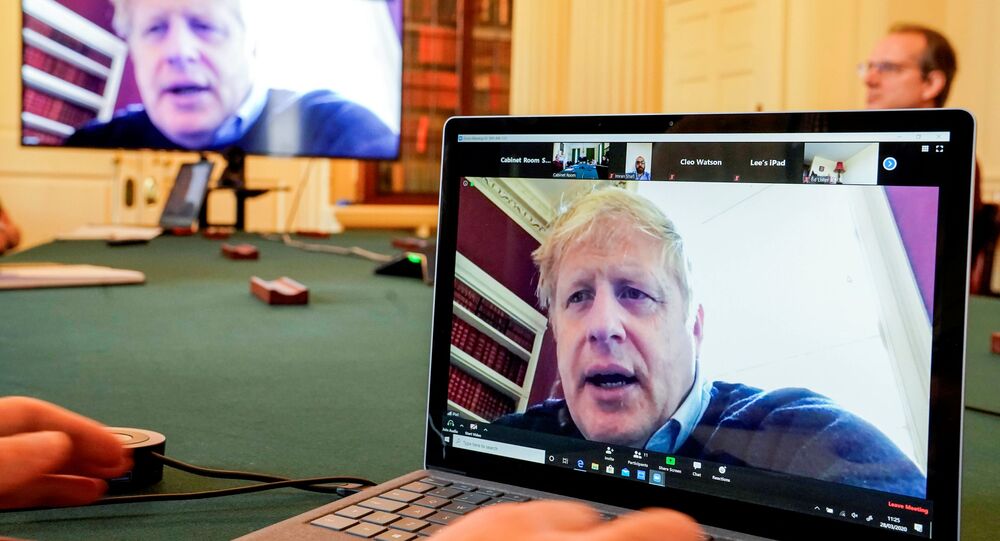 Support from all sides of the political spectrum swiftly came in as Boris Johnson, who was demonstrating continuing virus symptoms, was rushed to hospital to reportedly undergo “routine tests”.

PM Boris Johnson was admitted to hospital on Sunday evening, ten days after he was diagnosed with COVID-19, and was expected to stay there overnight to undergo further tests. According to Number 10, this is a “precautionary measure” on the advice of his doctor, because his coronavirus symptoms have persisted despite Johnson having self-isolated after confirming he had tested positive for the virus.

Prime Minister Boris Johnson spent last night in the hospital and will undergo some tests later on Monday, Secretary of State for Housing Robert Jenrick announced, adding that the politician continues to lead the government and is expected to return to his residence soon.

"He's been working extremely hard, leading the government and being constantly updated, that's going to continue", Jenrick told the BBC. "Obviously today, he's in hospital having the test but he'll continue to be kept informed as to what's happening and to be in charge of the government", his message read.

According to BBC political editor Laura Kuenssberg, the government, which has now slipped into a state of uncertainty, is due to hold a special meeting following the news.

She added that Foreign Secretary Dominic Raab is expected to chair a Coronavirus 9:15 a.m. morning meeting on Monday, stressing Johnson is “having what is described as routine tests".

The worsening news attracted loads of support with everyone from MPs to world leaders sending the prime minister their best wishes.

Donald Trump expressed his sympathy for the prime minister and said the country was praying for his speedy recovery.

“I’m hopeful and sure that he’s going to be fine. He’s a strong man, a strong person", POTUS said.

Labour MPs also were quick to express their well wishes, including their new leader Keir Starmer, who took over for Jeremy Corbyn the past weekend.

Wishing the Prime Minister well and a speedy recovery. https://t.co/kRlcNCjWGy

“Sending regards to the Prime Minister and his family and friends especially to Carrie, it must be such a worry", Phillips wrote sympathetically.

Ed Davey, acting leader of the opposition Liberal Democrats also waded in wishing Boris Johnson the best “for getting through this, and a full, fast recovery", going on express warm regards for Johnson’s loved ones:

"Carrie, Jo, Leo, Rachel: best of health to you. It’s vital we all follow the guidance; that’s how to protect you, your family, your loved ones".

Scottish National Party leader Nicola Sturgeon wished Johnson ”all the best and a speedy recovery” while the party’s Westminster leader Ian Blackford said he was “sorry” to read the news and expressed “every best wish that he will soon be home".

“Please everyone StayAtHome and help SaveLives", Blackford summed up.

"Thoughts with Boris Johnson this evening. Whatever political persuasion the whole country is united in wanting our PM to get fit and well as soon as possible", he posted.

The British Department of Health has confirmed 621 deaths over 24 hours, bringing the total to 4,934. The figures also show the number of people that have tested positive for COVID-19 has hit 47,800.