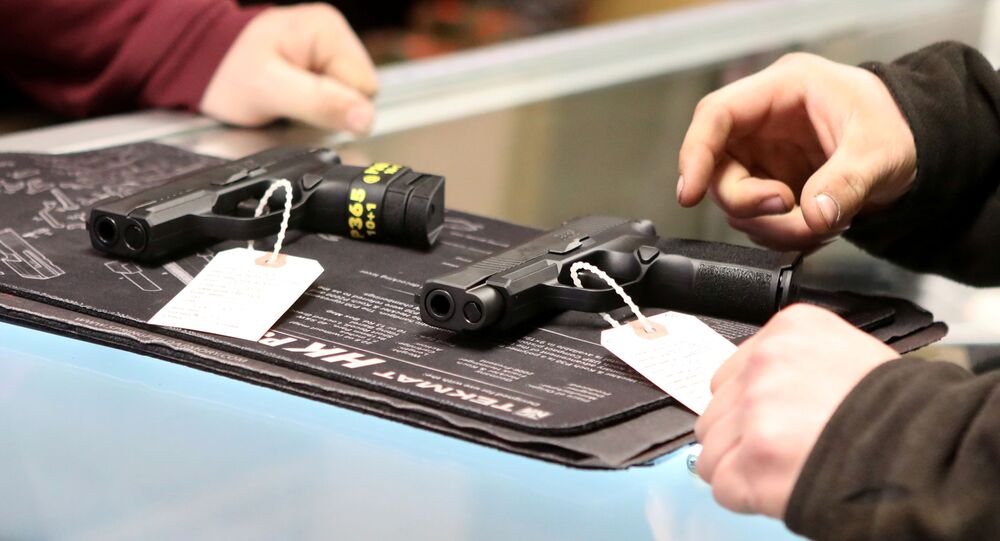 How Can Panic-Buying of Toilet Paper be Linked to a Surge in Firearm Background Checks in the US?

Recent data provided by the FBI showed that last month set an unprecedented record in the number of firearms background checks. According to Newsweek, some industry experts now see a link between a surging demand for ammunition in the United States and the ongoing coronavirus pandemic.

It is not surprising to see a surge in gun sales during a time of crisis, even if it is unrelated to an actual need to protect oneself with a gun, says Robert Spitzer, American political scientist and author.

Data from the Federal Bureau of Investigation (FBI) recently revealed that a record-high number of background checks have been conducted by the agency throughout March upon the request of licensed ammunition retailers. Although background check data is only “a proxy” for actual gun sales, according to Spitzer, for many Americans to buy guns still becomes a typical response to “any kind of sudden political shock or emergency”.

An ongoing coronavirus crisis in the United States, that has taken the lives of more than 5,000 people so far, according to the recent data provided by the Johns Hopkins University, may indeed act as such a trigger for emotional “panic buying” of toilet papers and guns, the analysts suggests, due to a fear of scarcity, as well as some fear-mongering activated by those in the firearms industry.

Dr. Marlone Henderson, an expert on gun control issue and associate professor of psychology at New York University, echoes the previous statement, as he argues that the soaring number of sales in ammunition, including by those who do it for the first time, results from uncertainty people feel during the coronavirus pandemic, as well as desperation about what they can do individually to solve the existing health crisis, apart from simply following rules of personal hygiene.

“Getting a gun may give people, both liberals and conservatives, the illusion that they are taking personal proactive steps to deal with this situation”, Henderson explains, noting that buying guns is similar to buying peanuts

As the Ammo.com website reported a 729% surge in arms sales in a period of 39 days ending on 31 March, in comparison to the same period in February, some experts suggest that these numbers could be caused by a real fear about a rise in break-ins throughout the United Stated during the pandemic and precautionary measures undertaken by citizens who want to feel safer and have gun “just in case”.

“People are afraid there’s going to be a breakdown in law and order, they’re afraid that people who run out of money are going to be breaking into houses to steal food or whatever else”, explains Steven Howard, former federal agent and expert on weapons.

© AFP 2020 / William West
Panic Buying: Why Has Coronavirus Pandemic Turned People Into Toilet Paper Hoarders?
He notes that he has not witnessed such a panic buying in 20 years, considering the fact that there is “absolutely and positively no reason for it” as in fact crime rates in the US have even dropped.

“The reality is that the system is not breaking down, all the utilities, food supply, law order/police are still functioning just fine”, says Howard, noting that American citizens still want to feel in “control over what’s going on around them”.

“This is the same reason that they are stock piling huge amounts of toilet paper”, he concludes.