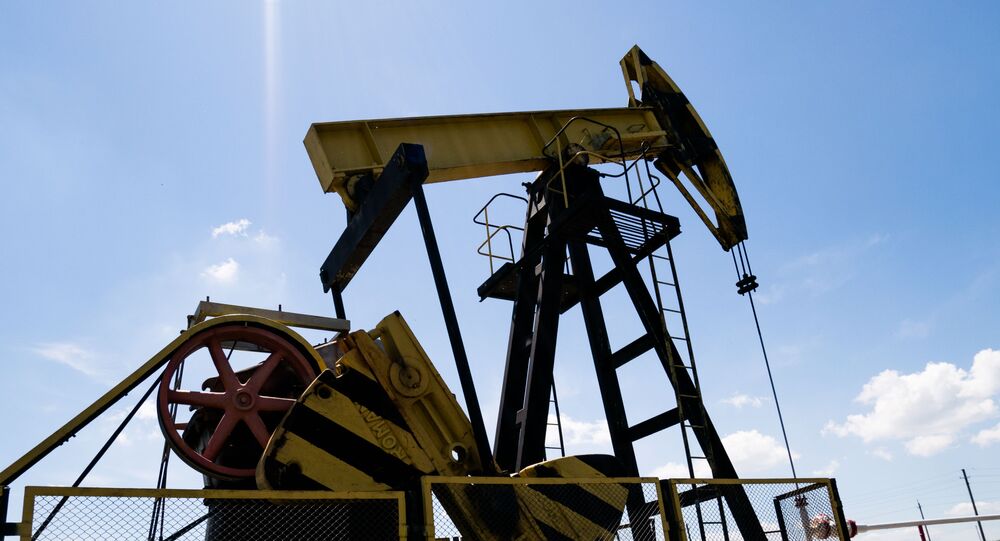 On 9 March, oil prices plunged by over 30 percent after OPEC member states failed to agree on production cuts. Analysts are now seeking to take stock of the situation, determine what factors caused the crash, and forecast the impact of the downswing on the global economy.

A three-year pact between OPEC and Russia ended on Friday after Moscow refused to support an additional 1.5 million barrels per day cut to oil production to cope with the outbreak of coronavirus. OPEC, led by key swing producer Saudi Arabia,  responded by removing all limits on its own production, leading oil prices to plummet.

"That’s what was happening de facto during the last several years, when we witnessed the United States pumping more and more oil, reaching its maximum capacity due to oil market stabilization and the decrease of oil production in OPEC+", he explained.

Dr Huang Xiaoyong, Director of the Center for International Energy Security Studies of the Chinese Academy of Social Sciences, also mentioned the situation in the shale sector as one of the possible reasons for the current collapse of oil prices (with other possible factors being the effect of the ongoing coronavirus outbreak and a possible conflict of interests between Russia and Saudi Arabia).

"Saudi Arabia announced that they’re investing $100 billion in the launch of projects related to shale oil and gas extraction. The United States not only controls a significant share of that market, but (shale) also has high oil extraction expenses. Therefore, lower oil prices might contribute to the US being ‘pushed out’ of the market", he suggested.

Energy analyst Jeloca Putnikovic  argued that a similar situation already occurred during the past decade, when “Saudi Arabia was responsible for oil becoming cheaper”.

"As you may recall, Saudi Arabia and the United States made a deal in a bid to halt Russia’s economic growth via crude oil prices – back then, the price of oil fell to nearly $30 per barrel", she claimed, noting that Russia and other major oil producing countries eventually agreed to coordinate on output levels with the “Saudi cartel”, in order to maintain oil prices at a level that would be acceptable to all.

Putnikovic argued that the decision made by Saudi Arabia to ramp up oil production seems to be a political rather than economic move given that Riyadh previously spoke of $80 per barrel as an acceptable price.

According to Tandazo, there’s a "hidden excess supply of oil from certain states, such as Saudi Arabia, Kuwait and Iraq, that is aligned with the developed countries".

"The oil price is being manipulated and controlled by the developed countries. They present themselves as fearless defenders of the free market, but they manipulate the price via excessive supply", he postulated.

And Rafael Quiroz, a professor at the Central University of Venezuela and an oil industry expert, warned that we may witness an even bigger oil price tumble, “especially if Saudi Arabia keeps its word and opens its taps even more”.

"This would lead to excessive supply of oil that would be greater that the global demand for energy resources, and therefore would lead to an immediate and devastating collapse of oil prices", Quiroz said.

He also dismissed earlier claims made by US President Donald Trump, who blamed the current state of affairs on disagreements between Russia and Saudi Arabia, with Prof. Quiroz arguing that Trump simply regards OPEC as an enemy of the free market and open economy, and therefore tries to meddle in the organization’s affairs.

On 9 March, oil prices fell by over 30 percent after OPEC member states failed to agree on production cuts amid the ongoing coronavirus outbreak.

Earlier, the organization and its non-member allies, known collectively as OPEC+, convened in Vienna to discuss a potential cut of another 1.5 million barrels per day in addition to their existing pact to reduce oil production.