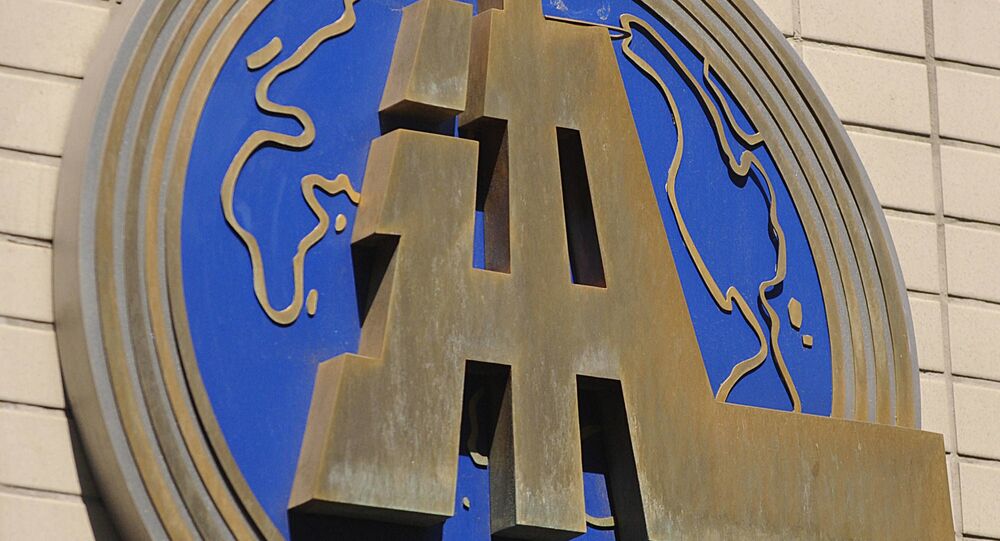 China's UN Ambassador Zhang Jun commented on the US cutting the numbers of Chinese citizens allowed to work in the US offices of five major Chinese state-owned media outlets, stating that China finds steps by the US to interfere with the work of Chinese journalists inappropriate.

The US State Department announced on 2 March that the number of Chinese employees of Xinhua, China Global Television Network, China Daily, China Radio International and People's Daily will be lowered from 160 to 100 starting March 13.

According to a State Department spokesperson, Xinhua will be allowed to employ 59 people in the United States. China Global Television Network will have 30 Chinese citizens allowed to work. China Daily will have 9 Chinese employees and China Radio International will have 2 employees. Another Chinese media outlet, an American official distributor of the People's Daily, will not employ Chinese citizens.

Slashing the number of Chinese media workers in the US will limit the ability to spread information about the United States, which is needed both in China and globally, says Xiao Jun, Vice Director of the Network Communication Department at the School of Journalism and Communication of Wuhan University.

“The cutting in staff can affect Chinese media reporting in the US, which is not conducive to the dissemination of information”, the expert says.

Xiao Jun explains that as China is developing in recent years, it is increasing its broadcasting capacity as a major power. The country is also looking for opportunities for dialogue in the international information space. China needs to show itself to the outside world while responding to the significantly increased attention from the international community. In this sense, the role of information exchange and comprehensive and objective reporting by journalists is essential, the expert notes.

“However, the reduction in the number of Chinese media employees in the US, naturally, is not conducive to reporting on events in the two countries and may lead to misunderstandings. Undoubtedly, this is not a friendly signal to China in general”.

The US State Department said that President Donald Trump's administration is also considering shortening the stay of Chinese state-owned media staff. They expressed their willingness to take further action in case of countermeasures by China. “All options would be on the table”, said an anonymous State Department source cited by Reuters.

In February, the US authorities demanded that the US-accredited Chinese state-run media provide lists of their employees, including Americans employed there. Under the new rules, Chinese media must also apply for permission to buy real estate in the US.

Igor Shatrov, deputy director of the National Institute of Modern Ideology Development, believes that the current situation with the Chinese media in the US is a manifestation of “double standards” and an attempt to harm China for not yielding to the US but consistently defending its interests.

According to Shatrov, China, just like Russia, is now under a hail of completely far-fetched accusations and insults by the United States. The story with restrictions for Chinese media is a sign of US weakness, he believes.

“Such behaviour is a traditional feature of their policy of “petty torments” and can only be done out of impotence”, Shatrov notes.

“I doubt that Chinese journalists, for example, can hurt China-US relations more than Donald Trump's policy. Everything has already been done by the US itself to deteriorate relations between the two countries”, the Russian expert says.

The US administration's measures to restrict the activities of Chinese media are clearly being promoted for political purposes on the eve of the presidential elections in the United States, says Chinese expert Xiao Jun:

“Freedom of the press is relative, although freedom of speech and expression is guaranteed by the constitutions of all countries in the world. However, I was not surprised by the news from the United States”.

According to Xiao Jun, the US today sees the news as one of the components in the political game, so the situation around Chinese media is something that is at the epicentre of political events. This incident will help the world better understand the relativity of press freedom.

“In short, I am more inclined to believe that this campaign origin has emerged on the wave of presidential elections in the United States as a means for the American government to achieve its political goals”, Xiao Jun concludes.

The Chinese Foreign Ministry has called the attack on the Chinese media in the United States a political pressure under far-fetched pretexts. Foreign Ministry Spokesperson Zhao Lijian said on Tuesday that this was Cold War-style thinking and ideological prejudice, noting that the Chinese side protests and strongly condemns these actions. The diplomat further warned that US steps will have a negative impact on bilateral relations, while the Chinese side reserves the right to take retaliatory measures.