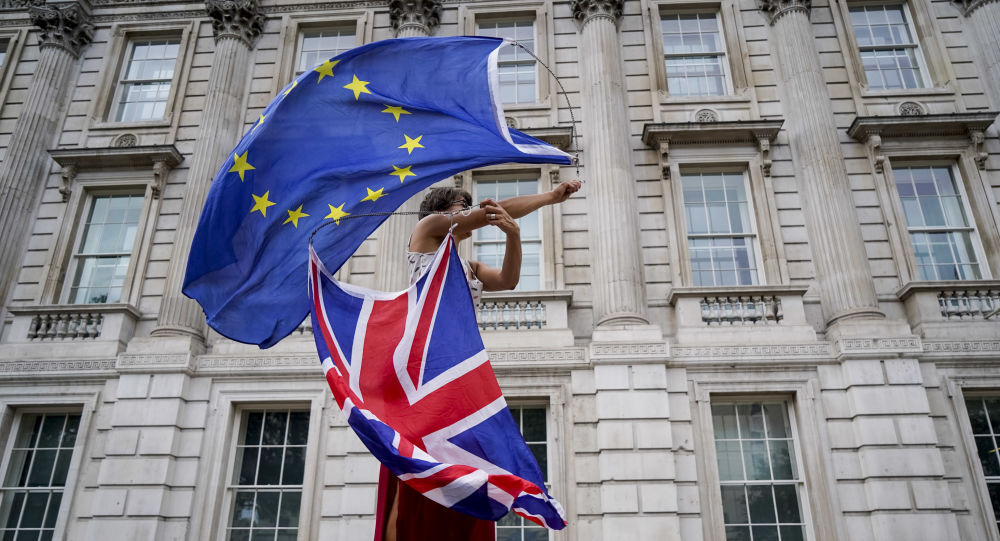 One Year 'Not Enough' to Negotiate Trade Deal With EU - Journalist

British Prime Minister Boris Johnson is set to meet with EU Commission President Ursula Von der Leyen, as negotiations between Westminster and Brussels get underway once again. But will the EU really grant Britain a deal which allows them full access to their market, whilst having little to no integration into its political structures?

Sputnik spoke with journalist David Lindsay to get his views on the matter.

Sputnik: Will the EU be willing to grant the UK a good post-Brexit trade deal?

David Lindsay: I think it’s highly unlikely and I can’t see how it could really be done in less than a much longer time frame than is being allowed for it.

Sputnik: Could Boris Johnson go back on his promise not to extend the Brexit transition period?

David Lindsay: A no-deal Brexit certainly doesn’t terrify me, but it would be politically very dangerous for Boris Johnson in ways that I don’t think he has yet taken into account. Would he be prepared to do it? He might be, but I wouldn’t be so sure, as Boris Johnson’s precise commitment to Brexit has always been somewhat unclear.

As someone who is not an enthusiast for Boris Johnson; his unreliability is rather factored in. I would be rather badly received by the right-wing of his own party, but he doesn’t really have to take much account of them, they have tied themselves very much to his own cause and they go down if he goes down, so that’s that. Most people just know Boris Johnson is not reliable.

Sputnik: Will the Conservatives invest in former Labour heartlands following their election win?

David Lindsay: I’m quite optimistic about their economic policies because I’m talking to you from a seat that only ever had Labour MPs until this election and which has elected the Conservative Party for the first time ever.

We are now the key swing marginal seats which we never thought we would be and we are therefore in a position to insist on levels of expenditure that suit us, on the items that suit us.

Boris Johnson, because he is a rather unprincipled and opportunistic sort of person and not an ideological politician at all, desperately wants to cling on to power and therefore is very likely to meet many of those spending requirements.

© AP Photo / Kirsty O'Connor
Labour Leadership Hopefuls Keir Starmer and Jess Phillips Offer Different Visions for Post-Brexit UK
We’ve already seen here for example in the North East of England, that a local railway that’s been closed since the 1960s has already been re-opened because it’s in a seat that’s suddenly been won by the Tories for the first time ever, so more things like that could be done.

They would make a significant difference to areas such as this one, that has experienced a significant economic decline in the last forty years, so from that point of view I’m very optimistic and it’s because he’s an unprincipled sort of person, that we can play that and make it work in our interests.