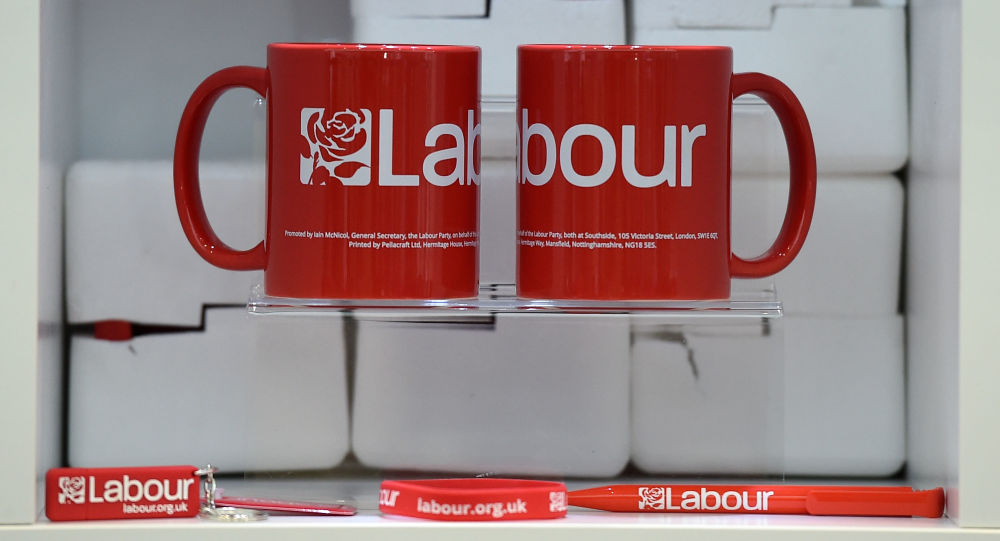 British Labour Party leader Jeremy Corbyn has announced that he will table a motion to further extend the Brexit transition period. Prime Minister Boris Johnson previously outlined his plans for the UK to sever ties with Brussels by the end of 2020, with or without a deal in place.

Corbyn claims doing so would be disastrous for the country’s economy and workers' rights.

The Brexit Party’s Owen Reed has shared his views on the matter.

Owen Reed: What we saw in the last election result, was Boris Johnson only actually got one percent more of the vote than the Conservatives did in 2017, but it was where the votes came from; what he did was take all these traditional seats from Labour, in their northern and midland heartlands, because these are the places which voted to leave the EU.

© REUTERS / HANNAH MCKAY
Ex-Labour MPs Mock Jeremy Corbyn’s New Year Message About Being 'Resistance' to Boris Johnson
Many of these old Labour voters are so disenfranchised and many of these people voted Labour their whole lives, the only reason that they have voted Conservative this time is because of Brexit and the Labour Party doesn’t seem to get it.

The only reason why Jeremy Corbyn is doing this, is because he thinks that it’s going to appease the pro-Remain factions within his party, when at the end of the day, people who are pro-Remain are in the minority. So he's never going to win with a policy like that.

Owen Reed: A no-deal Brexit is definitely still possible and I really hope that Boris Johnson keeps that on the table up until the last minute, because I think that’s the best Brexit we could get. I do think that he will get a deal; however, whether the deal is any good or not, only time will tell.

I really hope that he diverges from his political declaration. Over the last couple of weeks or so, Boris Johnson has said that the UK will have no alignment with EU rules and regulations whatsoever. If he sticks to that path, we are going to have a true and meaningful Brexit. If he goes down the political declaration route and keeps us in political alignment, then that’s just not Brexit.

Sputnik: Do pro-Remain politicians take a patronising view of the British general public?

Owen Reed: A lot of people seem to think that the British public are quite stupid and don’t actually know what they voted for and what kind of Brexit they want, but actually most people knew that when the UK leaves the EU, it meant things like diverging from Brussels’ rules and regulations and that is a big benefit of Brexit, which I think the everyday person understands.