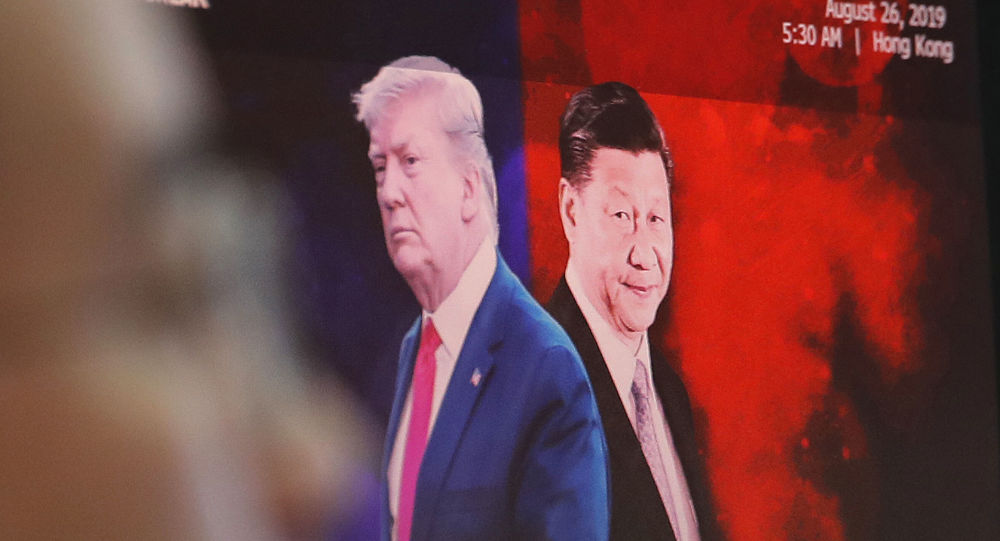 Earlier this week, China's Commerce Ministry announced that Beijing and Washington agreed on the "phase one" of the trade agreement "on the basis of equal footing and mutual respect."

Michael R. Englund, chief economist at Action Economics, a California-based financial services company, reflects on what lies ahead for the two countries' economies.

Sputnik: Besides Trump's tweets and a couple of statements, neither country has released documents confirming the details of the deal. Given the limited amount of information, in your opinion, which side benefits from this deal? What are the main advantages of this agreement?

Englund: Having not seen the details, it is hard to see what the benefits will be to each country.

But what may be the bigger takeaway is that the confrontative approach used by the Trump administration to either shift to a world with higher U.S. tariffs on China or to a world with an altered framework via a trade agreement worked, despite the adamant belief by the administration’s critics that it wouldn’t.

We now have 25% tariffs on $250 bln in goods that the Trump administration felt the U.S. faced unfair trade arrangements with, 7.5% tariffs on $125 bln in goods, and we’ve also apparently gotten at least some concessions from China.

The initial position from critics was that China would never make concessions and that tariffs would destroy U.S. supply chains leaving large “second-order” effects.  As it stands, China has publicly made concessions, however large they prove to be, and tariff disruptions for the U.S. have been minor.

Indeed, U.S. GDP looks poised to have grown 2.4% Q4/Q4, 2.4% y/y, and an estimated 2.4% in Q4, leaving no downward-tilt in U.S. growth through the year, and growth that is above trend for this expansion through the ‘trade war’ period.

The agreement uses what we assumed would be a component of a deal, and that is shifting in China’s imports of homogenous staples, like food and petroleum, to the U.S. from other countries, hence changing the bilateral deficits even though overall deficits don’t change, and no disruption occurs. This is likely the bulk of the benefit to the U.S.  China’s economy was clearly hit hard by tariffs, so they successfully prevented the imposition of the December tariffs and a tiny roll-back of September tariffs. I think it should be viewed as a win-win that leaves the U.S. in a stronger position to negotiate going forward, so you might say a net win for the U.S. from where we were before the trade war began.

© AP Photo / COLOR CHINA PHOTO
A man stands near a poster depicting a mural of U.S. President Donald Trump stating that all American costumers will be charged 25 percent more than others starting from the day president Trump started the trade war against China, on display outside a restaurant in Guangzhou in south China's Guangdong province.

For overall benefit to the U.S., it was never clear that shifting bilateral deficits between countries would have a beneficial effect on U.S. economic growth overall, and this is mostly what will happen.  But, a more protectionist position regarding U.S. blue-collar jobs is a policy preference of a big chunk of the population, and so they perceive a job security benefit even if free traders may not like trade distortions via agreements, quotas, or tariffs.

Those who advocate free trade may have misjudged the public’s preference for controlling the mix of jobs available in the U.S., versus paying less for consumer goods that are cheaper if imported. A big chunk of the population in the U.S., and apparently in the U.K. as well, would rather “control” the flow of goods to some degree and are willing to pay in the process. This populist position may be more popular than believed in other countries as well.

Sputnik: Trump announced that he will immediately begin negotiations on the second phase of the trade deal, without waiting for the election in 2020. What do you think, how soon will they begin the second phase?

The second phase is likely just a continuation of negotiations beyond the signing, though if new tariffs aren’t implemented, the negotiations may be less confrontational, which is what we expected in an election year.  I would expect tensions to heat up again once the election is over.

Sputnik: What factors do you think may hinder the conclusion of the first stage of the deal and the further development of the agreement?

I think it’s unlikely that the current agreement will be derailed, but I wouldn’t expect much progress between now and the election if tariffs aren’t used again as a weapon.

Sputnik: Could this deal have any impact on Huawei, which was added to the Entity List in May?

I have no insights on Huawei, though of course we may find that some action is taken over the coming months which may have been a verbal part of the deal.