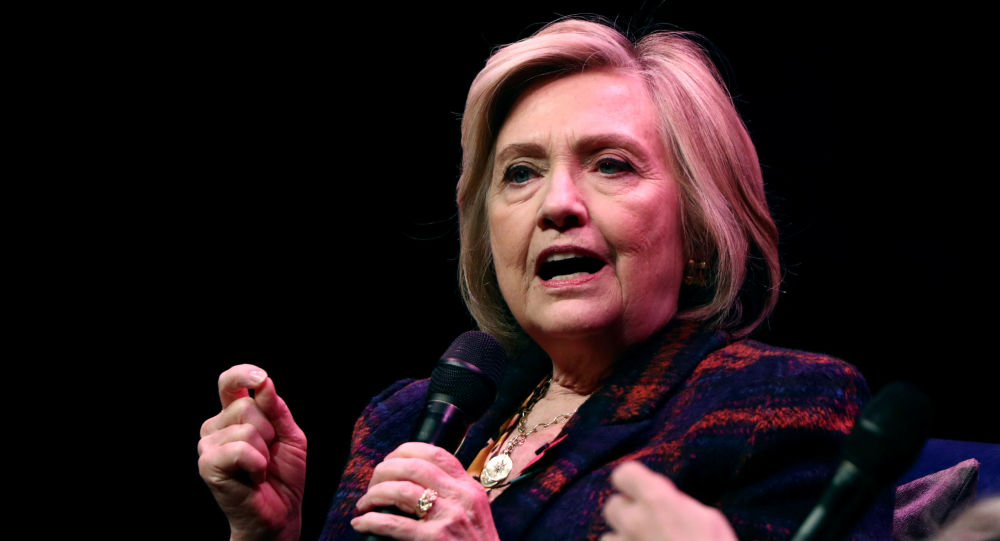 If Clinton Joined the Race, Aside from her Loyal Base, it’s Unclear who Would Support Her - Prof

After losing the presidential vote to Republican candidate Donald Trump in 2016, Democratic nominee Hillary Clinton announced that she would not be a candidate in future elections. However, rumours regularly surface in the media suggesting that the former Secretary of State may even at this late stage be mulling a fresh 2020 run.

A new online poll has shown that Hillary Clinton is the top pick for a Democratic Party presidential nomination. The Harvard Harris poll, which was released by Harvard University’s Center for American Political Studies, showed that 21% support the former Secretary of State who is not even running for president.

The survey was conducted between November 27-29 and polled 1,859 voters.

But experts say that while it’s unlikely that Clinton may decide to run at the last moment it is still possible.

Laura Wilson, a political science professor at the University of Indianapolis, believes Clinton’s candidacy will be problematic for a Democratic Party that has struggled to define itself after it lost the 2016 election.

“Democrats are actively seeking to find a candidate that can balance the ideological range of more liberal and more moderate members while considering the “electability” factor in a general election is paramount as well. Clinton seemed like a safe and probably even obvious choice in 2016 for the party but the challenges her candidacy faced and created make it clear to the party that they must be thoughtful and strategic in the selection of their candidate if they want to beat Donald Trump,” she said.

According to the professor, Clinton is still perceived as controversial.

“Her supporters are a solid and unshakeable base but the fractions caused during the 2016 elections - the voters who were more liberal and preferred Bernie Sanders and the African-American electorate who came out in stride for Obama in 2008 and 2012 but didn't resonate with Clinton's campaign - remain as deep.”

When it comes to the swing states Clinton’s moderate position should appeal to voters, but her 2016 loss will make them think twice.

Clinton has said that her supporters have been pleading with her to join the race, during a TV appearance in the UK at the end of last month, and added that she would have to make up her mind really quickly if she is thinking of giving it another shot.

And Wilson says time is running out.

“I do not think Clinton will run again. Timing-wise, this is very late in the primaries to get started (Iowa, New Hampshire, and South Carolina are mere weeks away and being successful in those states requires extensive campaigning that takes time). Though it wouldn't be impossible, it would undoubtedly be hard,” she noted.

But even if Clinton did consider entering the race she has to ask herself if she would be able to be successful, and this time around it would be a bigger challenge.

“When she competed in 2016, she had only one real challenger in Sanders and even then he was popular primarily with a smaller fringe movement of more ideologically liberal voters. Now there are over a dozen candidates representing a variety of differences and already attracting their own segments of the electorate; if Clinton joined the race, she would have to capture someone else's voters and it remains unclear who, aside from her own loyal base, would join to support her,” Wilson concluded.