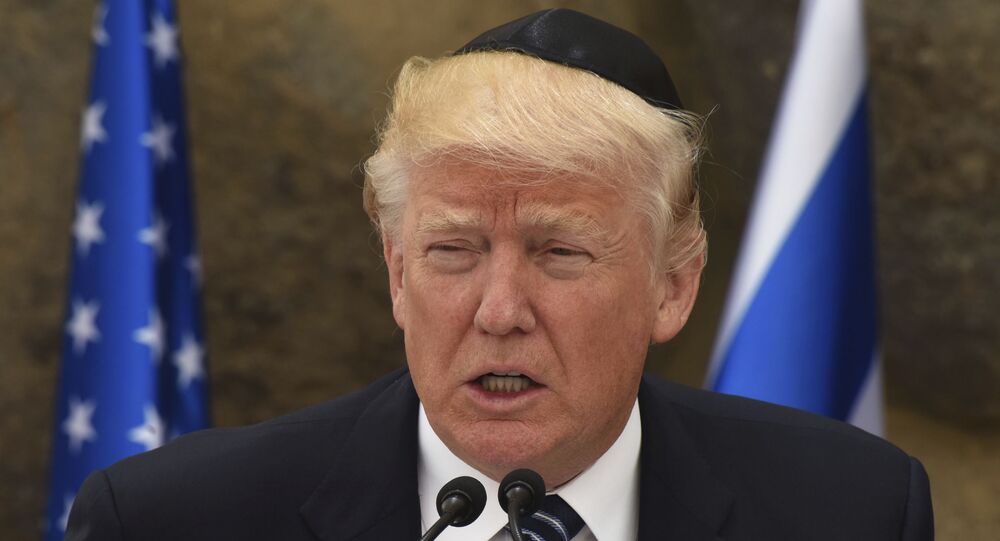 Only two days are left for Israel's parliament, the Knesset, to put forward a candidate that will be able to form a government. Otherwise, the Knesset will dissolve itself, prompting another general vote, the third in under a year.

Israelis are tired of the political deadlock, but they are not alone, with reports suggesting that US President Donald Trump is feeling equally frustrated with the lack of a government in Jerusalem.

But Marc Zell, the vice president of Republicans Overseas, a political organisation - created in 2013 - for US citizens living outside of the United States, says the president's frustration is not directed at any specific individual or a party but rather at the situation itself.

"He is frustrated but no more or no less than anyone here in Israel. President Trump wants to roll out his peace plan for the Middle East and he wants a government that he can deal with. As long as Israel is handicapped, there is not much President Trump can do", he said over the phone.

Trump announced his intention to introduce a peace plan that would put an end to a decades-long conflict between Israel and the Palestinians back in February but two election campaigns in Israel - and a third just around the corner - pushed the revelation of the plan to the indefinite future.

Despite the fact that the details of the plan are yet to be announced, the initiative presupposes a US investment of $50 billion in the West Bank and Gaza in exchange for peace with Israel. It also suggests that the West Bank and Gaza will be recognised as an autonomy - not an independent Palestinian state with its capital in East Jerusalem, something that was met with praise by Israelis and antagonism by Palestinians.

According to a poll conducted by the Palestinian Centre for Policy and Survey Research, more than 80 percent of those asked rejected the plan with only 5 percent accepting it without reservation.

That, however, didn't stop the Trump administration from continuing its efforts in pushing ahead with the plan, trying to convince Middle East leaders to express their support for the initiative.

"Palestinians have no ground to speak now. During the Obama administration they had an American government aligned in their favour against Israel. Back then Israel didn't walk away and was prepared to sit down to reach a deal", he explained.

But that has not always been the case. In 2011, for example, the Obama administration was pushing Prime Minister Netanyahu to sit down for talks with the Palestinians in an attempt to reach a deal but the premier rejected those efforts causing frustration in Washington.

Zell, who believes those days are gone, says Palestinians have no other option but to change their ways.

"They think they can get everything without negotiating but they are wrong. During President Trump's inauguration I spoke to several people who are now leading the peace team and they all told me that Palestinians are more than welcome to come to the negotiating table. If, however, they choose not to cooperate, they will find out that all doors are closed for them", he said adding that regardless of whether the plan will be materialised or not, he is still certain that Trump has achieved more than any president before him.

"First of all, President Trump has recognised that the Israeli-Palestinian conflict is no longer central to the geo-political stability in the Middle East, and, secondly, he brought about the alignment of forces in the Middle East, creating a situation where Arab countries that had previously no relations with Israel start cooperating with the Jewish state", he concluded, expressing hope that this tendency will continue.