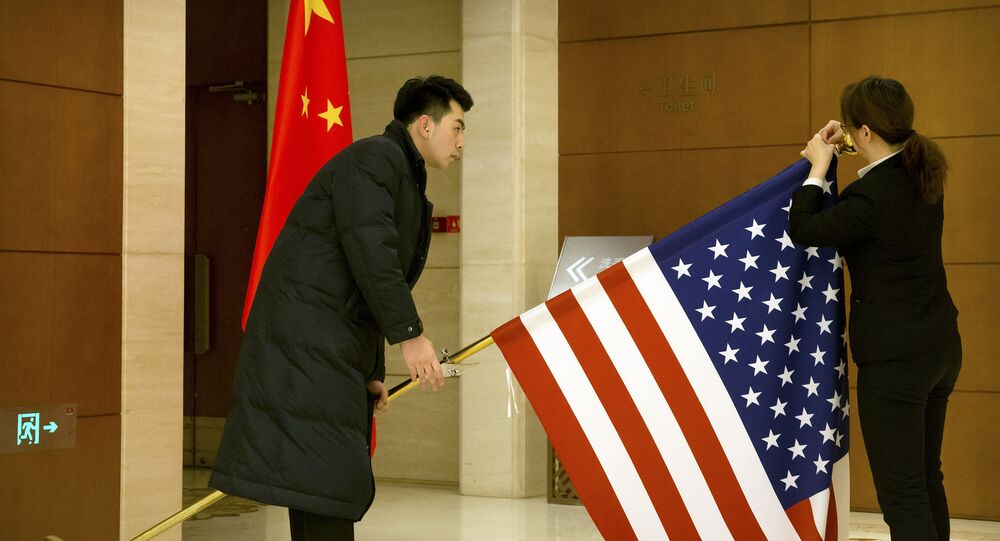 China called the United States the biggest source of instability in the world. During a meeting of G20 foreign ministers in Nagoya, Japan, Chinese Foreign Minister Wang Yi said that the US is pursuing a policy of unilateralism and protectionism.

Wang Yi emphasized that Washington is trying to demonize China in the eyes of the rest of the world, but does not provide any evidence. Thus, the United States uses state power and carries out groundless attacks on Chinese business, pursuing its own political goals.

There are many examples of the so-called “accusations” by the United States against China. Thus, the United States insists that the Chinese telecommunications giant Huawei is closely connected with the state, so the equipment manufactured by this company can be used for espionage in the interests of China. Therefore, the United States is now not only trying to ban the use of Chinese equipment in the construction of its own 5G networks, it is also trying to convince its allies of the need to adopt the same measures. Washington is threatening to stop intelligence sharing with countries that still agree to use Huawei technology in their networks. Although, since the United States has not provided any conclusive evidence for its concerns, as of yet only Australia has decided to follow Washington’s example. Thus, the success of this American policy so far is considered to be very limited.

The US has criticized the World Trade Organization (WTO) for being too lenient towards China and says that the same conditions for membership in the organization that existed when China joined it in 2001 can no longer apply to them. This is primarily about China being categorized as a developing country. The status enables China to provide subsidies in agriculture and to set higher barriers to market entry than in developed economies. The US insists that China should be stripped of its ‘developing country’ status and that preferential treatment of China in the WTO should no longer apply.

China, in turn, insists that it is still a developing country, and the nominal size of its economy does not make any difference in this case. However, the United States again uses the tactic of threats: they promise to leave the WTO in case the rules of the organization are not revised. The US is currently trying to rebuild the existing world trading system to suit itself, says Shi Yinhong, professor at the Institute of International Relations at Renmin University of China:

“This [current] system is contrary to the course of unilateralism, which the United States pursues. Therefore, the United States will take steps such as, for example, severing ties with China in key areas, weakening relations of close partnership with other developed countries. The United States can even directly or indirectly refuse to participate in the WTO in order to create its own system of world trade, in the centre of which would be the United States and its closest economic partners. This will lead to a split in the global trading system.”

According to the expert, US allies are not always guided by their own practical considerations and pursue a policy independent from Washington’s will. Indeed, a number of countries in Western Europe, for example, Germany, Italy, France, are trying to separate politics from pragmatic trade, economic and technological cooperation. Italy, for example, ignored calls to ban Huawei. According to Italian Foreign Minister Luigi Di Mayo, cooperation with China on 5G is safe. The Minister emphasized that the country would never agree to a deal that would jeopardize its sovereignty and security. In addition, Italy - the first among the G7 countries - endorsed China's Belt and Road Initiative and signed a memorandum of understanding with Beijing. Germany is also trying to pursue an independent policy. According to the country’s Chancellor Angela Merkel, relations with China will be a priority issue during Germany’s EU presidency in 2020. Nevertheless, Washington’s allies cannot completely ignore the requirements and interests of the United States, says Shi Yinhong.

“Now the US allies can be fundamentally divided into two camps. There are maritime allies - Great Britain, Japan, Australia, New Zealand. These countries are extremely dependent on the United States. And another group - the developed countries of Europe, such as Germany and France, which, although they cannot completely ignore American interests, still try to pursue a more or less independent policy. But on a number of important issues, at least in the economic sphere, or security, or in ideological issues, these countries will still be forced to gravitate toward the United States, and sometimes even simply take a pro-American position.”

The Trump administration is, in fact, revising its approach to multilateral treaties. This is not just about relations with China. The United States under Trump, for example, is demanding that its NATO allies increase their membership contributions. The NAFTA agreement was replaced by with the USA-Mexico-Canada Agreement - USMCA. Too many established international agreements and practices are being revised at the initiative of the United States. In this sense, Washington, no doubt, can be considered a source of instability.

However, according to the Chinese scholar, leaving the orbit of US influence is extremely difficult for its allies.

“Beijing, in this case, cannot become a complete alternative to the United States. Moreover, many of Washington’s allies have their own issues with Beijing. And yet, the best that China can do now is consistently develop relations with various US allies. It is important to strengthen diplomatic and trade ties. As Beijing has repeatedly emphasized, the “zero-sum game” and Cold War rhetoric must be avoided. China will continue on the path of reforms and peaceful development,” Shi Yinhong concluded.

Top Chinese Diplomat: US Efforts to Contain Russia and China are ‘Destined to Fail’

US Election; China; and UK and US Health Systems