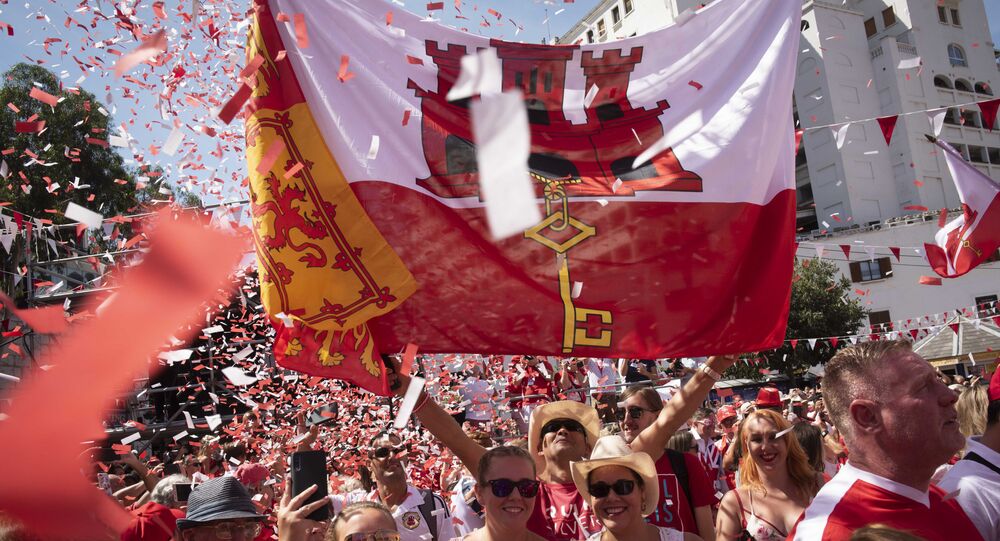 In the mad world of the ongoing Brexit talks, nothing seems certain. Boris Johnson; who replaced Theresa May as British Prime Minister and has pledged to secure the UK’s exit from the EU by 31 October under any circumstances, has faced serious challenges from both Brussels and the House of Commons since his tenure in 10 Downing Street began.

The passing of the Benn Act makes it a legal requirement for Johnson to request an extension of Article 50 from the bloc, should neither a WTO rules Brexit or divorce bill be approved domestically.

Over the course of the negotiations, much media attention has focused on Ireland, as many fear that should a hard border be implemented between the Republic of Ireland and Northern Ireland; the 1998 Good Friday Peace Agreement could be undermined, which in turn, could lead to economic disruption, and a return to the violence that plagued Ireland in previous decades.

But the fate of Gibraltar, the British outpost that borders the southern Spanish region of Andalucia has arguably been overlooked.

But just how would the “Rock”, be affected by Brexit?

Former Leader of the Gibraltarian opposition Daniel Feetham argued that any form of Brexit would be detrimental for the territory.

"If it’s a no deal Brexit; the potential effects are going to be significant. Remember that Gibraltar is apart from Ireland, the only other land border that the UK basically has with the EU and Spain in the past has used the frontier in order to create all sorts of problems when it suits them for political reasons," he said. "All our goods come through that frontier, so if Spain were to create problems; that potentially is very detrimental for Gibraltar."

Feetham said that Spain has been deliberately obtuse over the course of the Brexit negotiations.

“Spain itself could have taken a completely different approach to this. Spain could have taken the view that it was going to do what for example Ireland has done in relation to Northern Ireland; which is that it is going to do everything and give all assurances possible, and do everything in its power to ensure that Gibraltar and that frontier remains fluid, that Gibraltar was potentially included in some of the EU structures which we find valuable, access to the single market for example, but it’s not approached at in the same way as Ireland has approached Northern Ireland, Spain has approached it in a different way,” he added.

Feetham was however optimistic that Gibraltar has prepared adequately for the UK’s departure from the EU and that it could overcome the difficulties, as it has done in the past.

"We are taking steps in order to deal with that in the form of ferries from Portugal via Morocco to Gibraltar in order to make sure that supplies are provided for the people of Gibraltar, but it is a massive worry. This is a difficult situation for Gibraltar because of our geographic location, but Gibraltar has survived difficult situations in the past. In the 1960’s Franco closed the frontier and tried to starve us out, we had to import labour from Morocco, things got very difficult here in Gibraltar, but we survived that and we will survive this," Feetham believes.

In the case of Northern Ireland, left-leaning pundits have often put forward the controversial notion that in order the resolve the Irish backstop conundrum, a referendum on Irish reunification should be granted, or Northern Ireland should be permitted to operate as a separate economic entity to the rest of the UK.

© REUTERS / Jon Nazca
A general view shows the Spanish city of La Linea de la Concepcion (rear) and the tarmac of the Gibraltar International Airport (bottom L) while tourists stand on the top of the Rock (R) next to the European Union flag, in the British overseas territory of Gibraltar, September 14, 2016

Notions which have both been repeatedly dismissed by the DUP and the party’s leader Arlene Foster.

But would Gibraltar ever consider going it alone?

Not according to Feetham…

"Gibraltar is British, it will always remain British. The question that you ask highlights a misunderstanding in the view perhaps of people from outside in relation to Gibraltar, simply because Gibraltar is miles away from the UK in the southern tip of the Iberian peninsula; it doesn’t mean that the people of Gibraltar don’t feel as much British as the people that live in mainland UK, that’s my nationality, you carry your nationality in your heart, you don’t carry it in your pocket, it’s not a question of what is practical for us, or what is best for us financially, this is our nationality, it’s our sense of belonging and we are British until the day that we pass away,” according to former opposition leader.

Feetham went on to speculate that if anything; Gibraltar’s post-Brexit economic policy should closely mirror that of the UK.

"What we’ve got to now do is that if the UK comes out of the EU; which it appears is now likely to happen, the situation is so fluid that you can’t rule anything out, we have got to make sure that we are as aligned with the UK as possible, that we form part of any trade deals that the UK have with third parties, be it the United States or others, in particular in the areas of financial services which is important to Gibraltar, remote gaming, those types of areas which are substantial parts of our economy," he said.

"The UK has also agreed continued access to the British market for financial services, which is very important because Gibraltar doesn’t produce any agriculture, Gibraltar doesn’t have a fishing industry for example, what Gibraltar has is a financial services sector which is a highly sophisticated sector on which our economy very largely depends, that and also gaming," Feetham concluded.

Brexit will certainly pose similar problems for Gibraltar as it will for Northern Ireland, but despite speculation, it seems that the locals are willing to ride out the storm and overcome the constant political hostility from neighbouring Spain, as they have done so often in the past.