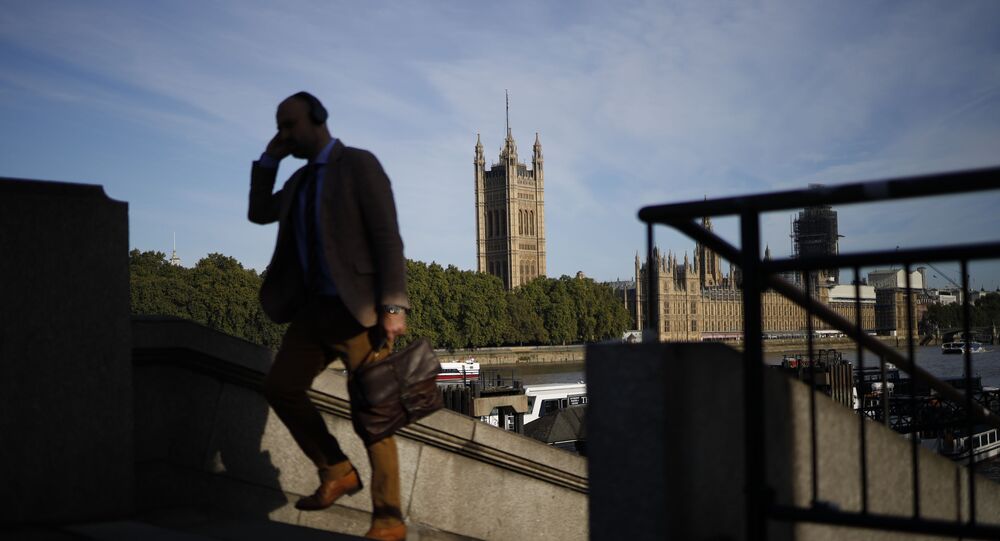 Chief Minister of Gibraltar Fabian Picardo dissolved Parliament on Monday and scheduled an election for 17 October, which coincides with the European Council's next meeting where EU officials are expected to discuss Brexit negotiations.

Workers in Gibraltar are gearing up to launch protests amid fears of "public disorder" which could result from possible shortages stemming from a no deal Brexit, the Daily Star reported on Sunday.

The Asctecg group, representing Spanish workers in the British-owned territory, has called for solidarity from employees of companies in La Linea de la Concepcion with a march which is planned for 19 October, 12 days before the UK's deadline for leaving the EU.

“The objective is a total rejection of a no deal Brexit as it does so much damage to everyone including relatives on both sides of the border", a spokesperson for Asctecg said.

The British overseas territory which borders Spain, with whom its sovereignty is disputed, has been put on the frontlines of the Brexit issue as its residents would experience the brunt of any fallout as a result of the UK leaving the EU without an agreement.

“London and Brussels are playing a poker game and gambling with people’s lives is not what the voters elected me to do”, he said.

The UK government is gearing up for a potential no deal on 31 October. In September, the UK government released its own Yellowhammer document outlining the potential results of a worst case scenario following a crash out of the EU, which has led to a surge in anxiety among the public.

Yellowhammer anticipates "a rise in public disorder and community tensions” as well as shortages of medicine and food as well as 4-hour waits on the border.

The head of the trading company Anglo-Hispano, John Isola, has claimed that a Brexit with no deal would “affect what we buy what we sell and the employment that we generate”.

A no deal potentially impacts the 28,500 people who cross the Spain-Gibraltar border each day, including the 9,000 Spanish which travel into Gibraltar for work.

Gibraltar currently enjoys a frictionless border with zero inspection posts, delays or diversions and the imposition of a hard-border could be costly for certain goods.