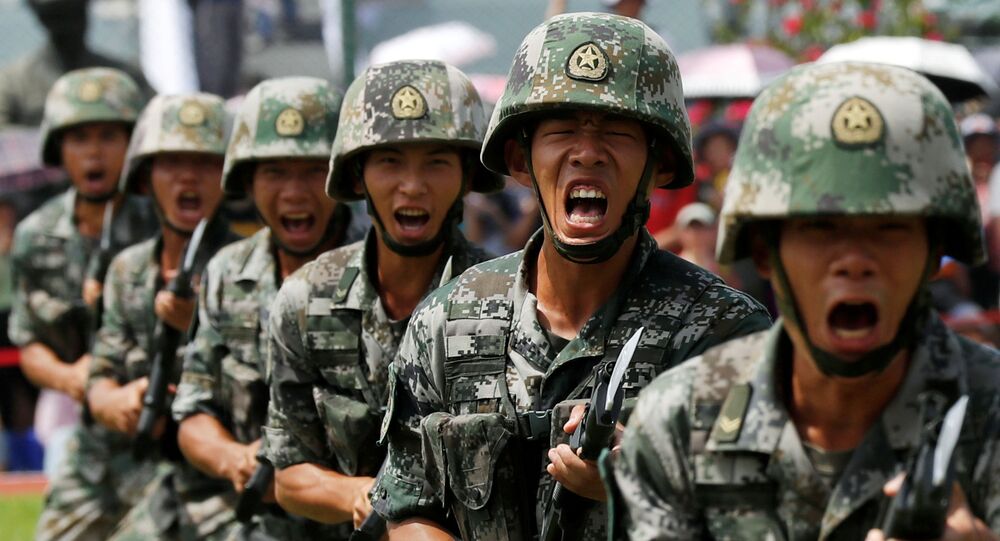 MOSCOW (Sputnik) - The early warning missile system that Moscow is currently helping Beijing set up will drastically boost China’s defence, securing it against any possible "strategic surprise" from the United States, experts say.

Russian President Vladimir Putin revealed these plans while speaking at the Valdai Discussion Club last week. Russia finished making a similar system, which covers its entire territory, back in 2017.

Experts noted that the new Chinese system would ward off the risk of any unexpected first strike from the United States, albeit remarking that such an attack seemed purely theoretical.

"The system will first of all reduce the risk that China will suffer a ‘strategic surprise’ from the United States, for example a nuclear first strike out of the blue which would not permit China to launch its nuclear weapons in retaliation before they are destroyed (For other reasons, there was not a great chance that this could occur anyway, but it does reduce it)," Miles Pomper, a senior fellow at the Washington DC office of the James Martin Center for Nonproliferation Studies of the Middlebury Institute, said.

The system, he said, also "opens the door to the deployment of Chinese ballistic missile defence and integrated anti-satellite capabilities."

Nikolai Sokov of the Vienna Center for Disarmament and Nonproliferation, in turn, noted that the early warning system was "particularly important for China, whose arsenal is small compared to the US and which can lose its weapons if it were forced to ride out an attack."

"With robust early warning systems, it will be able to launch them before incoming warheads reach targets," he explained.

"If – as appears possible – that capability includes warning about attacks of cruise missiles, this would be even more important for China, which is seriously concerned about US conventional strike capability. Cruise missiles are the main tool for conventional attacks ... and thus ability to detect them with sufficient warning would strengthen not only China’s nuclear deterrence but also conventional deterrence," Sokov concluded.

When asked what consequences would China acquiring the early warning missile system have on strategic stability, Pomper suggested that it would have a "mixed effect" on the US-Russia-China triangle.

"Greater ability to avoid strategic surprise should enhance strategic stability between the United States and China; however the missile defence and ASAT [anti-satellite weapons] capabilities are likely to harm it to some degree introducing new unpredictability into the US-China nuclear balance. At the same time, the sale and the potential sharing of data between Russia and China further cements a growing de facto military alliance between the countries which in and of itself is shifting the global balance of power," he said.

Another point, he added, is that the system may become another reason why "Washington will try to have future arms agreements include China," a country that is seeking to catch up with the US and Russia in military terms.

Sokov wondered whether Russian-Chinese cooperation on missile defence would be a "one-way street (from Russia to China) or two-way – meaning that China might contribute to elements of such a system, including in particular its space components."

He also opined that an "interesting question to which the answer has not been provided and will likely never be provided is the extent to which the Chinese early warning system will be able to monitor Russian territory and airspace over Russia."

The expert suggested that if China got such capabilities, it would be able to acquire "valuable military and technical information" about Russia.