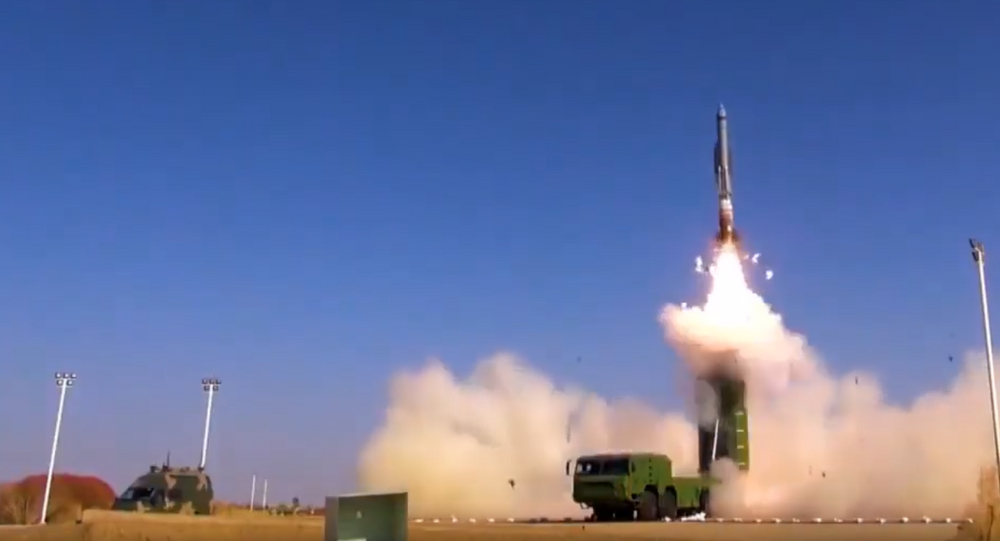 A social media snafu made by the People’s Liberation Army (PLA) Rocket Force may have given netizens a sneak peek into what some observers believe to be China’s latest supersonic cruise missile.

The PLA Rocket Force’s Weibo account posted on Wednesday a video montage of past missile launches conducted by Beijing ahead of the 70th anniversary of the People’s Republic of China on October 1. Moments later, the 65-second clip was taken down and re-uploaded with a slight alteration that replaced the test seen at the 0:16 timestamp in the clip below. The excised footage showed the launch of what could be a new type of supersonic cruise missile.

A munitions expert explained to the South China Morning Post (SCMP) that the brief clip of the missile reveals its slender dorsal fins, propellants and collapsable tail fins, which are all traditionally useful in helping a projectile to travel faster than the speed of sound and reach long distances.

This is not the first preview of things to come for the massive October 1 military parade in Beijing. Earlier this month, a supersonic unmanned aerial vehicle was spotted cruising along the highway on the back of a PLA-affiliated truck.

Though the aircraft is covered, it is thought to be one of China’s new supersonic drones rather than the Sharp Sword evading attack drone - also known as the “Lijian.”

A number of other weapons and pieces of military equipment were seen earlier this month during a parade rehearsal.

The Dongfeng-17 (DF-17) ballistic missile is expected to be revealed to the people of China in the coming week after recent upgrades to its glider vehicle.

“Now that the DF-17’s glider technology is becoming more mature it could be used elsewhere. Other missiles, like this cruise missile [seen in the original Wednesday clip], could also adopt similar vehicles to carry the warhead,” the munitions expert told the SCMP.

“These would enhance the missile’s ability to avoid electronic interference or guided interception by enemy missile defence systems, and therefore increase its chances of penetration.”

The missile’s intercontinental and nuclear-capable counterpart, known as the Dongfeng-41 (DF-41), has also been spotted being moved between rehearsal and storage.

According to the Missile Defense Advocacy Alliance, the D-41 can travel up to 15,000 kilometers and can carry up to 10 nuclear warheads via its multiple independently targetable reentry vehicles.