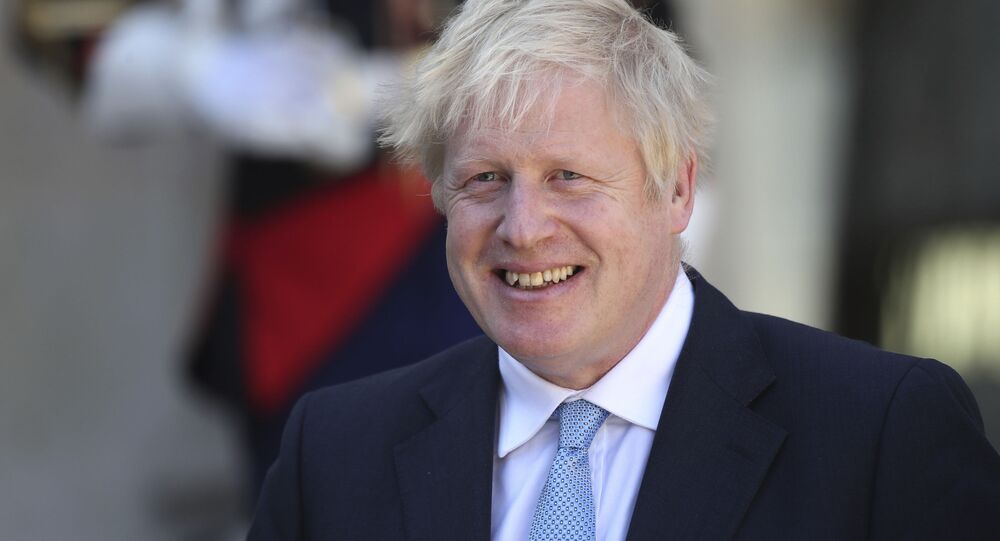 The EU has accused British Prime Minister Boris Johnson of not taking the ongoing Brexit talks between the bloc and the UK seriously and of skirting around the most important issues on the table, such as the future of the Irish backstop.

Johnson has repeatedly outlined his desire to secure a revamped divorce bill, whilst also stating that a no-deal departure from the EU would not be off the cards should new terms fail to be agreed on with Brussels.

The move has sparked criticism from pro-Remain factions in the House of Commons, who perceive the no-deal scenario as potentially resulting in a huge blow to the British economy.

So much so, that the Labour opposition, led by Jeremy Corbyn, has twice refused to contest a snap election, on the grounds that no legislation was in place to prevent the UK from severing ties with Brussels without a formal arrangement.

UKIP Scotland leader Donald MacKay has commented on the amount of criticism Boris Johnson has received from the EU.

Sputnik: Is the criticism towards Boris Johnson from the EU justified?

Donald MacKay: The EU are not going to give Johnson a favourable deal, for the obvious reason that if they did, there would be a queue at the door of other countries wanting to leave the EU. So it’s a very complicated negotiating procedure, with the EU wanting to make sure that the deal is not favourable, and Johnson having to try and find something that might pass for a deal which isn’t the same as Theresa May’s deal.

I’m prepared to be sympathetic to Johnson, in that the people who are advocating that we don’t leave without a deal; they can dress it up any way they want, they are Remainers and they want to stay in - simple as that.

The EU does not want to give Britain a favourable deal, so they are going to make it as difficult as possible. Therefore it’s up to Johnson, who finds himself in this difficult situation, to find a deal that is going to at least get us out of the EU, and then basically see what happens after that.

The European Communities Act of 1972 should have been repealed full stop, and we wouldn’t be in this situation.

Sputnik: Have fears of a breakout of violence in Ireland following a no-deal Brexit been overblown?

Donald MacKay: I suspect that this is the scare story that’s put out there, that anything to do with EU deals can lead to a recurrence of violence; it’s not crystal clear why that should be the case. Are men of potential violence sitting in their living rooms waiting to find out what the deal is before they decide whether to start the bombs? I wouldn’t have thought so; I think this is just scaremongering.

Sputnik: Has the Labour Party been hypocritical in condemning the state of British democracy, whilst refusing to take part in a snap election?

Donald MacKay: Jeremy Corbyn is playing his own particular game, he’s ignoring the fact that a substantial proportion of his own supporters want to leave the EU and the idea that a leader of the opposition turns down the prospect of an election is bizarre.

Why doesn’t he win the election, if that’s what he thinks will happen, and then go to the 17 October meeting and arrange a deal; surely, if he’s going to win an election he would be conducting the negotiations. So the fact that he is unwilling to call an election is an admission that he doesn’t expect to win it.

The views expressed in this article are solely those of Donald MacKay and do not necessarily reflect the official position of Sputnik.